The Susurluk accident on November 3, 1996 was the biggest politics, mafia, and deep state triangle scandal in Turkey at the time. When it occurred, Turkey had reached a crossroads. There was a partially artificial tension between the Istanbul capital and the Anatolian capital, caused by the lethargy generated by political conflict. There was also an Islamist counter-hegemony which was a rising power despite the resistance of the civil-military ‘secular’ bureaucracy. This Islamist formation had the potential to organize an effective coalition of social classes. In economics, this period was codenamed ‘instability.’ And as a decisive factor, the working class, civil servants, peasants, and farmers, the people of the country, which had been impoverished since the 1980 military coup, had a historic breakaway from the political equation. The ‘center,’ which had always been the classic leading force in Turkey’s economic-political governance, was disintegrating irrevocably. Doctrinal Islamists with certain radical characteristics as well as certain “outdated intentions,” became stronger. Tools used during the suppression of the Kurdish unrest created a semi-autonomous power center including special warfare elements, the army bureaucracy, the village guards, the main actors of the crime economy, and politicians who were dependent on their ever-growing strength. The size of this “special warfare state” had become so massive that it was able to influence bank ownership tenders. The deep and insistent crisis of the economy had consequences in politics and governmental offices. For the sake of managing Turkey’s capitalism, an ‘intervention’ was inevitable.

Under these conditions where labor (and consequently, the society) was not organized or strong enough, the bourgeoisie pioneered in a way that determined the direction of social-political change. The Turkish capital, which did not regard the social-political existence of the working class and its natural allies as a real threat, had an advantage where it seemed ‘democratic’ on the one hand and on the other hand it was ready to provide the necessary conditions for openly building a capital dictatorship. Thus, it would have guaranteed both the curbing of the ‘primitive’ features of Islamism and the molding of a useful apparatus compatible with global capitalism, as well as the construction of a company-state. Thus, the conditions that created the ruling Justice and Development Party (AKP) government emerged, later turning it into a relatively long-lasting hegemony.

On October 21, 1998, 22 months after the February 28 intervention and two years after the Susurluk accident, a press release was issued with the signature of Muharrem Kayhan, the chair of Turkey’s prestigious business association TÜSİAD at the time. Then-Prime Minister Mesut Yılmaz had criticized TÜSİAD at his party’s parliamentary group meeting a couple of days ago and said, “I risked losing my friends to expose the country’s dark relations.” Kayhan told Yılmaz, “We stand by all kinds of efforts for a clean society and for clean politics. We are not going to call it a loss if we are to have certain losses to this end. The necessary institutions, laws, and public approval are present. All that is needed is a political will that will go all the way.” This was an incredible bourgeois ultimatum that reminded Yılmaz that what he should do, not what he wants to do, is the priority... Mesut Yılmaz was barely able to keep his post until the end of that year as prime minister. On January 11, 1999, the DSP/Bülent Ecevit formed a minority government that would lead Turkey to early elections. Immediately afterwards, on February 16, PKK leader Abdullah Öcalan was brought to Turkey and elections were held in April.

Tuncay Özilhan, TÜSİAD’s head of the High Advisory Council, referred to former president Kayhan’s speech on a June 17 meeting, saying, “As our president Muharrem Kayhan said 23 years ago, we will stand by all kinds of efforts towards a clean society and clean politics, as we did in the past.”

This reminder was more ‘meaningful’ considering the overall context of Özilhan’s speech. At the TÜSİAD meeting, held just three days after the Biden-Erdoğan meeting, Özilhan delivered a speech with a wide range of objections: “If our faith and hope for the future are weakening, then something is wrong somewhere,” he said, with the confidence that he had positioned himself as a ‘social power.’ He said, “If works, projects, and statements do not make our people happy, it is necessary to rethink what we do and why.” Which ‘projects and statements’ do you think he is referring to?

Özilhan said: “Yes, according to GDP data, we are doing quite well... But this growth does not foster employment. As of April, the number of people bringing home bread has decreased by 750,000 compared to three years ago.” A symbolic name in the organization of big industrial-financial capital in Turkey and the term “bringing home bread.” Could it be that it was up to the big capital owners to criticize the regime?

Speeches by Özilhan and TÜSİAD President Simone Kaslowski, who took the podium on the same day, mentioned secularism, the withdrawal from the Istanbul Convention, tax and fiscal policies, the “growth concept,” the collapse in agriculture, the destruction of nature, foreign policy, the state of the judiciary, the content of Sedat Peker videos, the court case regarding the closure of the HDP, the fate of the fight against the pandemic, and the state of the media. It was like a bourgeois manifesto.

Özilhan said, “All of this makes it difficult to be united – to address the challenges we face as a country together.” He referred to the concept at the heart of the domestic crisis. Kaslowski on the other hand, emphasized an international concept, the point we have reached against the global West: “The series of summits held in recent days have given us an idea of the trajectory of the West… President Biden is working to strengthen his country’s alliances. He has emphasized that he views the values and principles of the Western alliance as the cornerstone of this process. We believe that we need to end our deep isolation in the international arena.” Kaslowski also said that NATO alone was not enough.

The most organized and advanced segments of Turkish capitalism, since the cancellation of Istanbul local elections in May 2019, have been more open and daring against the ‘Palace’ regime. They are patient and cautious, but more result-oriented. This attitude is also emphasized as a reminder of the importance and binding role of big capital in similar times of crisis and transformation.

That is why the former president’s speech in October 1998 was referred to in June 2021. TÜSİAD and big capital are showing the real economic-political power behind being labeled as “club of the rich, crème de la crème,” etc. This is happening just as global and local conditions have matured in line with their position.

This new multidimensional hegemonial attempt creates a “state of alarm” in all levels of the government. The performance of the junior partner of the alliance, the far-right Nationalist Movement Party (MHP) and its leader Devlet Bahçeli is especially noteworthy at this point. Bahçeli’s parliamentary group speech on June 22, five days after the TÜSİAD meeting, was marked by his remarks on Deniz Poyraz, the person who was murdered in an attack on the HDP İzmir office. He declared Poyraz a “militia-terrorist.” Afterwards, there were comments arguing that he “claimed responsibility for the attack” with his words. However, about nine hours after the İzmir attack, while Erdoğan and Soylu still had not made any statement, Bahçeli tried to distance himself from the incident with a series of tweets. In his parliamentary group speech, he confirmed their usual position regarding the HDP through the victim of the attack, Deniz Poyraz, but also continued to seek the same ‘distance.’ Bahçeli questioned why the photos of the attacker – with weapons and the grey wolf’s political hand gesture - were immediately available as if they were ready to be posted. He claimed his party was being targeted.

Bahçeli said, “In reference to NATO's 2030 Vision Document, it was stated that the political dimension of the alliance will be strengthened in the coming period, that the fight against corruption is important for NATO, and that democracy will ultimately be supported. At the EU-U.S. summit, it was also mentioned that democracy would be embraced and all forms of authoritarianism would be rejected. Nobody should ignore this. It is a national political feat to focus on the intention of commissioning a masked global scenario. After these developments, the President of TÜSİAD immediately took a stance and listed his criticisms of the government, the economy, law and democracy. In my opinion, the timing is interesting.”

Apparently, the MHP has seen the risk that the upcoming restoration ahead of Turkey might develop against them. On the one hand, he is trying to hold on to the status quo with an anti-globalist tone and showing this direction to all political conservatives. On the other hand, he is warning the AKP that without the so-called “People’s Alliance,” there is no chance of governing again. His message is this: “They are referring to corruption, democracy, and authoritarianism. Do not count on NATO alone…”

Turkey is at the brink of an inevitable transformation. This transformation, of course, will have consequences that affect the whole community and the opposition; but in the short term, the most effective results will be seen within the components that make up the government. The tension between the MHP and TÜSİAD is one of the projections of a conflict on this axis.

Of course, Erdoğan also feels the intuition of this forced transformation. However, it is also clear that within the limitations of the “People’s Alliance,” they have a very difficult time producing consistent and creative resistance and/or harmony towards this wave. Speaking at the event, which was touted as the groundbreaking ceremony of Kanal Istanbul on Saturday, he made “realistic” comments regarding international arbitration.  He said, “They will take the money from you by force,” while he was trying to refute the opposition’s bid that they will not pay the contractors of the project when they come to power. The contrast with their donned ‘local and national’ costume and the dilemma they were suffering from shone like a light house.

This long overdue piece has gone too long. Let’s stop here to meet soon to discuss new developments such as Korkmaz Karaca and Deniz Baykal that can produce surprising results regarding all components of this government matrix. 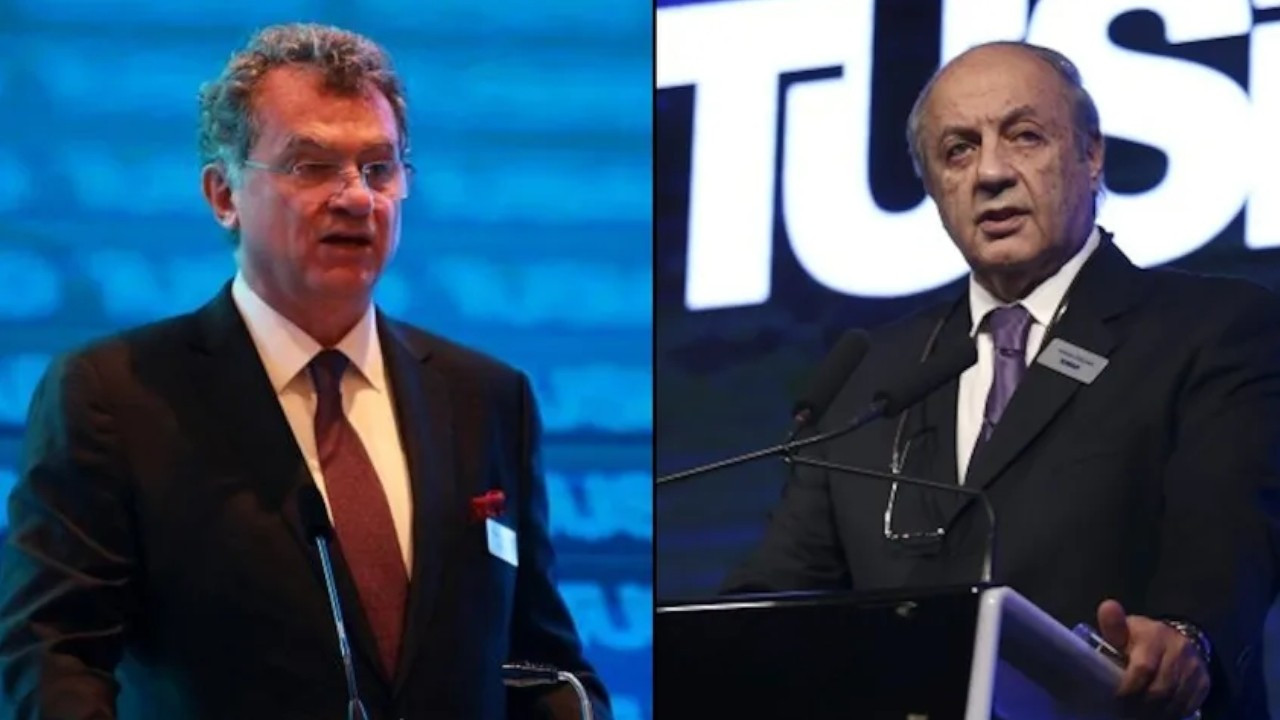