A forest fire has been burning through the village of Nêrkole in the Kurdish-majority southeastern province of Hakkari for three days, but the local mayor from the ruling Justice and Development Party (AKP) dismissed worries by saying that the commotion was mere "fuss."

Locals started a social media campaign to raise awareness about the fires with the hashtag "Şemdinli is burning" with the name of the district rather than the village, and shared videos and photos from the site of the fire.

In a tweet on Aug. 18, Mayor Tahir Saklı dismissed locals' concern and said that their reports about the ravaging fire were untrue.

"The fuss created under the hashtag 'Şemdinli is burning' is not reflective of the truth. The burning of the grass and dried plants has been taken under control," Saklı said.

The mayor then refuted his claim in a second tweet on Aug. 18 where he confirmed that the fire had in fact started back up, and that fire teams were continuing to intervene with the flames.

Saklı’s statement that locals' concern was merely "fuss" swiftly drew protest, with local organizations including the Human Rights Association (İHD), the Union of Chambers of Turkish Engineers and Architects Chambers (TMMOB) and the Confederation of Progressive Trade Unions of Turkey (DİSK) releasing a joint statement.

"We remind Şemdinli Municipality officials of their duty to swiftly and seriously approach the spreading fires instead of accusing locals of 'making a fuss,'" the statement read.

Meanwhile, pro-Kurdish Peoples' Democratic Party (HDP) Hakkari deputy Sait Dede visited the site of the fire, noting that the flames spread from near the police station.

"We believe a gunshot started the fire," Dede said. "AKP officials tell us not to 'make a fuss.' The fire has reached the other side of the mountain, the villages and the farmland over there."

"Effective intervention hasn't taken place because the conditions and resources aren't adequate," Tekin said. "The forestry team was a mere five or six people, so their intervention wasn't sufficient."

Additionally, taking breaks from putting out the flames during the night helps the fires grow, Tekin said.

Meanwhile, social media users noted the duplicity in the general public's lack of concern for the fire in Hakkari, saying that the nation was in upheaval during the forest fires that ravaged the Aegean and Mediterranean coasts.

"Everyone was in solidarity over the fires in the west. Şemdinli has been burning for three days, but there's no protest. Because this is 'the other,'" Turkey's Human Rights Association's (İHD) co-chair Eren Keskin said in a tweet on Aug. 20. 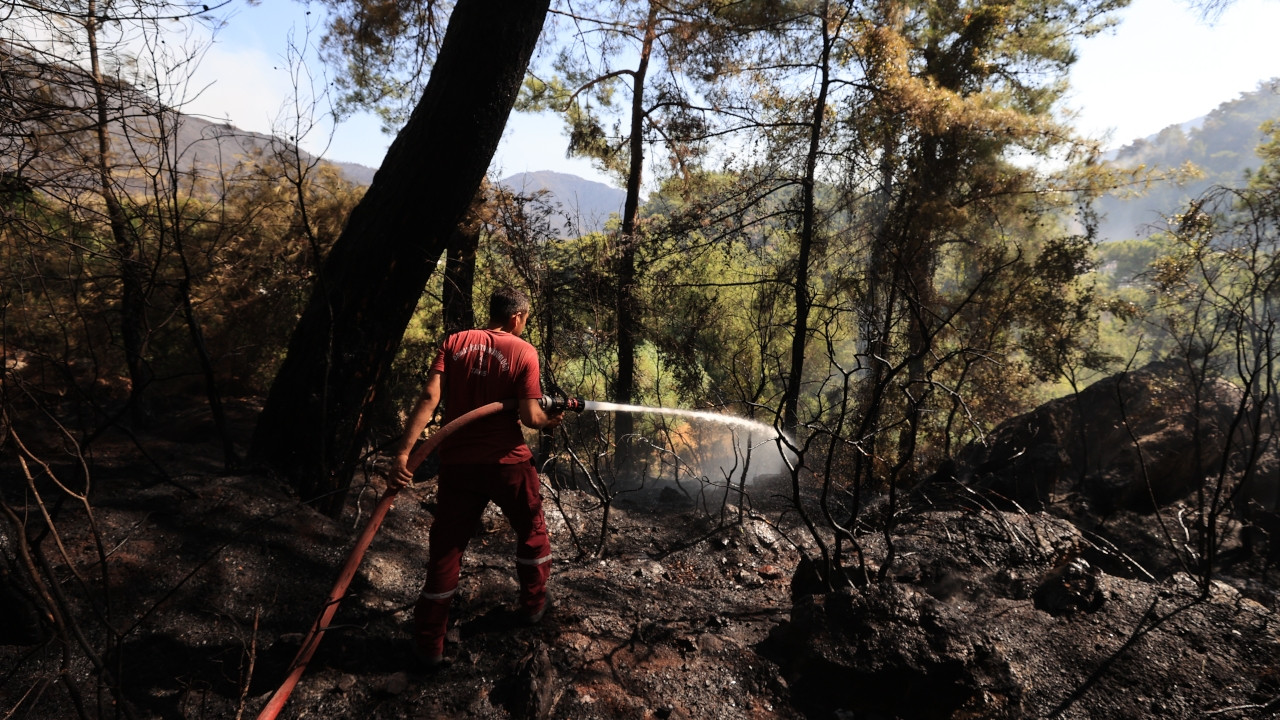