Unions and performers have urged the suspension of TV series' sets amid the coronavirus (COVID-19) pandemic that has claimed the lives of over 70 people in Turkey.

Turkey's Art Directors Association has released a statement on the continuation of sets, saying that workers, actors and actresses have been working in sets that are crowded and that don't allow for the implementation of social distancing.

"Are you aware that there are sets that are still ongoing when authorities are calling on people to stay home?" the association's statement said on March 26.

"Who will be held to account if something happens to the people working in sets?" it added.

While a number of sets were suspended over the pandemic, the shooting in plenty of others are still ongoing - a move that was encouraged and praised by the head of Turkey’s Radio and Television Supreme Council (RTÜK), Ebubekir Şahin.

Şahin on March 19 thanked the staff of locally-made TV productions for making "sacrifices for citizens," adding that TV shows and series were helping people to cope with the current situation of self-isolation.

Hundreds of Twitter users also criticized the Turkish Health Ministry's decision to feature actress Fahriye Evcen and her husband Burak Özçivit in its "Life Fits Home" campaign, saying that workers in the sets have no such option.

Şebnem Sönmez, a renowned Turkish actress who is also a member of the Actors' Union of Turkey, said that all the sets must be suspended, including commercial, movies and TV series.

"The sets carry risks that are higher than the hospitals. People are in close contact in the sets and it's impossible to work with masks or gloves," Sönmez told Duvar English.

"Our job can only be done by close human contact. We work in small spaces, so coronavirus poses a danger that's impossible to escape from," she added.

When asked about the RTÜK statement, Sönmez said, "I couldn't understand what Şahin means by making sacrifices," as she also pointed to the fact that Turkey's state-owned TRT suspended the sets.

"So TRT didn't listed to the RTÜK. Did the other channels make sacrifices?" she asked.

Ufuk Demirbilek, a board member of the Cinema and Broadcasting Workers' Union of Turkey, also pointed to the dangers posed by a high number of people working together in sets amid the pandemic.

Demirbilek said that some 90 percent of the sets were suspended, adding that some companies gave breaks for a couple of days over coronavirus, but then resumed working.

"Those who continue say that they adopt precautions, but the continuation of sets is not in line with the health of the individuals and the society," Demirbilek told Duvar English, adding that sets are places with high human circulation.

"This means being in contact. The sets should be suspended regardless of the precautions taken in them," he said. 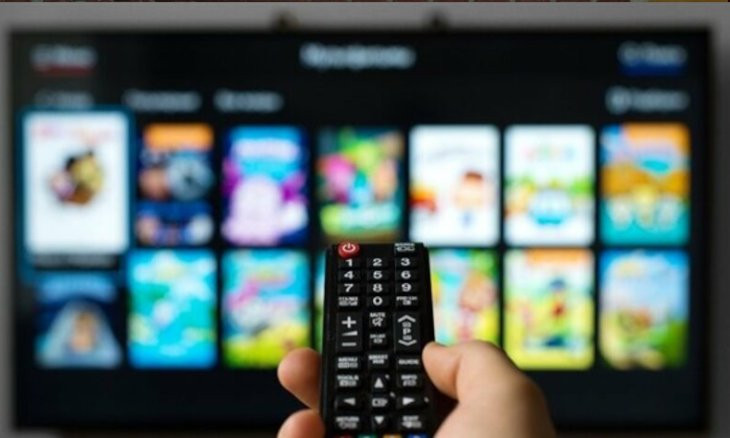 Another renowned Turkish actress, Tilbe Saran, pointed to the fact that one person can infect 2.6 others, so the continuation of the sets pose a threat to public health.

"There are a minimum of 80 people in a set and it can reach up to 120. When you multiply this number by 2.6, the number eventually reaches thousands," Saran told Duvar English, adding that the Actors' Union of Turkey has been carrying out a social media campaign for the sets to be suspended.

"The channels should say, 'I'm suspending the shootings, I have enough old episodes,'" she also said.

According to Saran, set workers can refuse going to work since the pandemic is within the scope of force majeure, but most don't do it over the fear of being unable to find a job again.

"Workers, fearing producers and TV channels, are going to work. The producers and channels are engaging in a rights violation via saying things like, 'If you don't want to come, we can find someone else to replace you,'" she said.

The actress also said that TV channels carry the main responsibility if someone from a set gets infected by coronavirus.

"One needs to have conscience, morals and responsibility," Saran added.