Schools across Turkey that have been closed since March 13 as a result of the Covid-19 lockdown might reopen on June 1 if normalization from the pandemic proceeds as planned, the country's education minister said on April 29.

"If the normalization process continues as expected, we would open schools on June 1," Ziya Selçuk said in a live interview with CNN Türk.

Earlier on April 29, Selçuk had announced that a remote education would continue in Turkey via TV and online lessons until May 31 as part of measures to stem the virus in the country.

Selçuk said that in the first 15 days of distance learning, the number of lessons via Education Information Network surpassed 650,000. 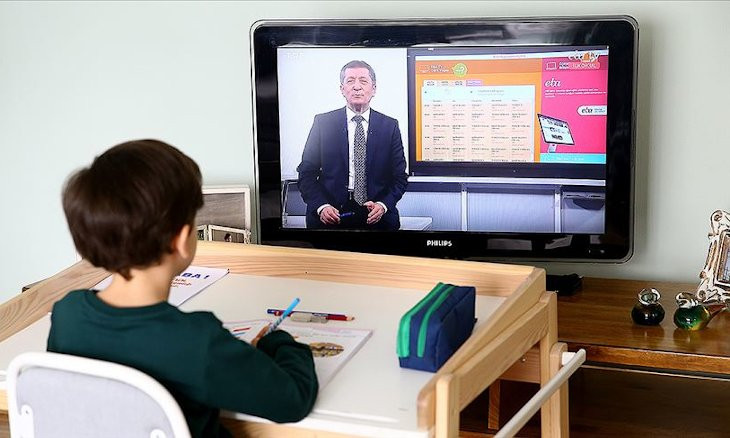 Turkey ranks 64th among 77 countries in access to a computer for schoolwork: OECD

When asked whether the schedule for make-up lessons was determined, Selçuk said that they're making evaluations based on the current situation in the country.

On March 13, Turkey announced all educational facilities from primary schools to universities would be suspended so the virus could be contained in the country.

Turkey currently has 117,589 coronavirus cases, while the death toll in the country stands at 3,081. A total of 44,022 patients have been discharged from hospitals after recovering from the virus.