Arecently conducted survey has revealed that 86 percent of Turkssupport the government's implementation of weekend lockdowns while 40percent either do not leave their houses at all or are not acceptingguests due to the coronavirus epidemic.

Some 87.4 percent of the survey respondents believe that the Covid-19 poses a serious health risk for the public, whereas 10 percent do not perceive the virus as a serious risk, online newspaper Diken reported on May 13. 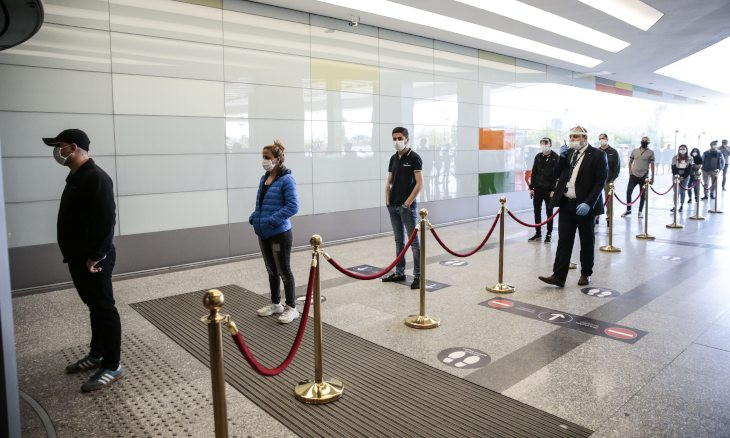 The Optimar Research Company's survey was conducted between April 20-May 8 with 2,307 people through telephone interviews across Turkey's 26 provinces.

Some66.2 percent of the survey respondents are worried about the virus'trend in Turkey, while 29.9 percent have no worries. Some 3 percenthave not indicated an opinion regarding this issue.

Some 48.8 percent of the survey respondents find the measures taken by the Health Ministry sufficient, while 38.3 percent do not find them adequate. Some 13 percent have said “they do not know.” 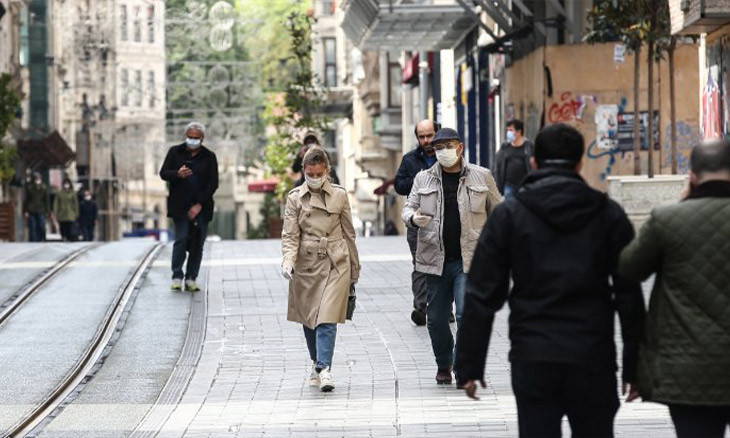 Some 86 percent of the survey respondents are supporting the government's weekend curfew implementation, whereas 10.6 percent are not in favor of such an implementation.

Ankara has imposed lockdowns in major provinces over the past four weekends, as well as on national holidays to slow the spread of the virus. President Recep Tayyip Erdoğan announced on May 11 that a curfew will be imposed starting on May 16 and ending after May 19, which is a national holiday.

Some 66.9 percent of those surveyed have said that the curfew should not only cover weekends, but also weekdays, whereas 27.4 percent are in favor of the curfew just including the weekends.

Some 82.3 percent of the survey respondents support the government's implementation of travel restrictions between major provinces while 12.6 percent do not support this. Some 5.1 percent have said they do not have an opinion regarding this issue. 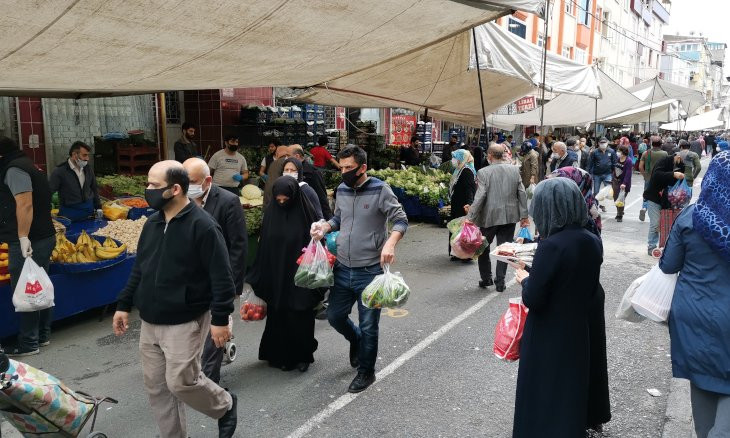 After recording one of the fastest growth rates for COVID-19 infections in the world, Turkey has said the outbreak has hit a plateau about six weeks after the first case was confirmed on March 11.

The government has recently introduced a normalization process to ease the coronavirus restrictions, and shopping malls and barbershops across the country became operational on May 11.

Health Minister Fahrettin Koca has said the outbreak is currently “under control” in Turkey, but also issued a warning that a second wave of infections might break out if measures are not abided by.