A study in an international medical journal with the byline of Deputy Health Minister Şuayıp Birinci indicates that the government was aware of the coronavirus in Turkey in the month prior to the announcement of the first case, according to a statement made in parliament by main opposition Republican People's Party (CHP) deputy Murat Emir. 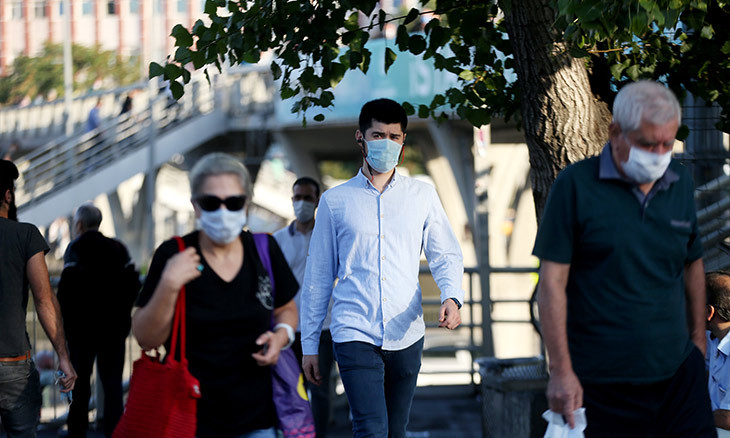 The study, entitled “The comparison of the effectiveness of lincocin and azitro in the treatment of COVID-19-associated pneumonia: A prospective study” was published on June 3 in the Journal of Population Therapeutics and Pharmacology.

“Atotal of 24 hospitalized patients aged between 30-80 years who wereadmitted to the Tarsus Medical Park Hospital between February toMarch 2020 was included in the study,” the abstract reads.

“This is a scandal. When we look at the details of the study, we see that two different drugs were tried on these people and that permission was granted by the Health Ministry for the study. We are facing a situation where health minister and the deputy minister are refuting one another,” Emir said.

TheHealth Ministry was under fire for weeks due to reports that theactual number of daily cases of the virus drastically outpaced theofficial figures. Earlier this month Health Minister Fahrettin Kocaadmitted that the official figures only referred to hospitalizedpatients, not those who had tested positive but were asymptomatic.

Emir said that the fiasco shows that the Turkish government has lost its believability and reliability, and that he was expecting a statement from the Health Ministry right away.

Shortly after the CHP lawmaker's remarks, Deputy Health Minister Birinci said that there has been a “typing error” with regards to the time period indicated in the relevant study.

“In the article of which I am one of the co-writers, the lead author has mistakenly written the hospital admission date as 'February-March' instead of 'March-April,'” Birinci said on Twitter.

“It is extremely upsetting that the COVID-19 struggle which our country has been successfully carrying out in a way exemplary to the world, is trying to be politicized due to a simple typing error,” he wrote.

Istanbul recorded 6,645 more deaths between March-September than in previous years

Meanwhile, two Turkish scientists have said that Istanbul recorded 6,645 more deaths than expected between March 11-Sept. 29, based on weekly averages from the last five years – suggesting a hidden toll.

The total number of confirmed COVID-19 deaths in Istanbul was on the other hand 2,874 as of Sept. 27, Mesut Erzurumluoğlu and Defne Üçer Saylan said in their article published on popular science website sarkac.org on Oct. 5.

The scientists said that they based the figures on data received from the Istanbul Metropolitan Municipality (İBB) and the Health Ministry.