"The head of the Turkish health ministry expressed interest in organizing the production of the Sputnik V vaccine at Turkish pharmaceutical manufacturers' facilities after toxicology studies have been carried out, as stipulated by local legislation," the health ministry said in a statement.

Russian Health Minister Murashko assured his Turkish colleague of the readiness to organize such tests, the statement said.

The Turkish health ministry declined to corroborate that claim, but Health Minister Koca confirmed that the two men had held a phone call in a tweet posted late on Nov. 10.

"We exchanged views on issues in the health sector on which we are cooperating, namely the COVID-19 vaccine efforts, and international operations that we are part of," Koca said.

The announcement of the collaboration comes shortly after news that one trial participant for a Chinese vaccine Turkey is testing died in Brazil.

Russia is already testing two vaccines against the virus and is on the cusp of registering a third. It is rolling out its Sputnik V vaccine for domestic use despite the fact that late-stage trials have not yet finished.

Turkey has reported nearly 400,000 confirmed COVID-19 patients with more than 11,000 deaths since March. In July, the government changed its daily tallies to only report the number of symptomatic patients, in a move critics said was hiding the true scale of the outbreak in the country. 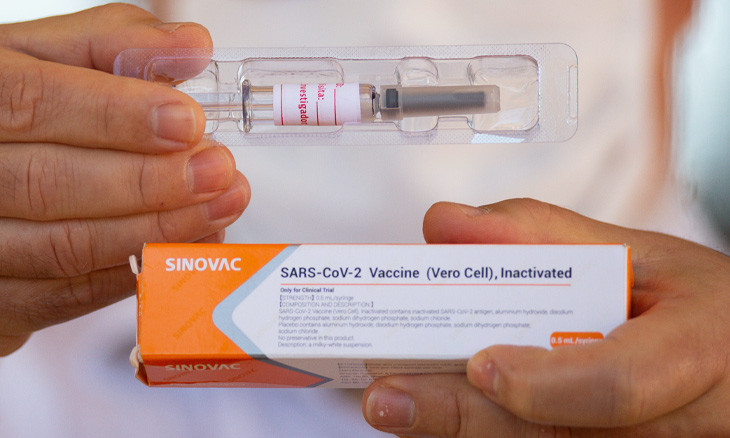