German archaeologist Karl Schmidt was remembered on the sixth anniversary of his death, noting the scientist's uncovering of Göbekli Tepe, a southeastern site often dubbed "ground zero for human history."

Schmidt's excavations in Göbekli Tepe from 1994 on made intellectuals everywhere question what they knew about humankind's transition from living as hunter-gatherers to forming agriculture settlements.

Culture and Tourism Director for Göbekli Tepe's hometown Şanlıurfa, Aydın Aslan noted that Schmidt dedicated the last two decades of his life to the ancient site.

"Schmidt worked through the cold and storms, and all through the hot summer months. He did more than anyone else to gift Göbekli Tepe to global cultural heritage," Aslan said.

"He and his team did a lot to get Göbekli Tepe on the UNESCO World Heritage List. It would be fair to say that Göbekli Tepe equals Schmidt."

Although the ancient site was the topic of a 1963 joint surface study between Istanbul University and University of Chicago, the first physical proof wasn't recovered until 1986 when a farmer ran over a statue with a tractor.

Schmidt and his team revealed not only how humans started settlements, but also that these settlements may have been more advanced than formerly thought.

Human statues, limestone figurines of boars, foxes and birds and arrow heads dating back to the Neolithic period were recovered in Göbekli Tepe, along with tall animal statues that weigh 40 to 60 tons. 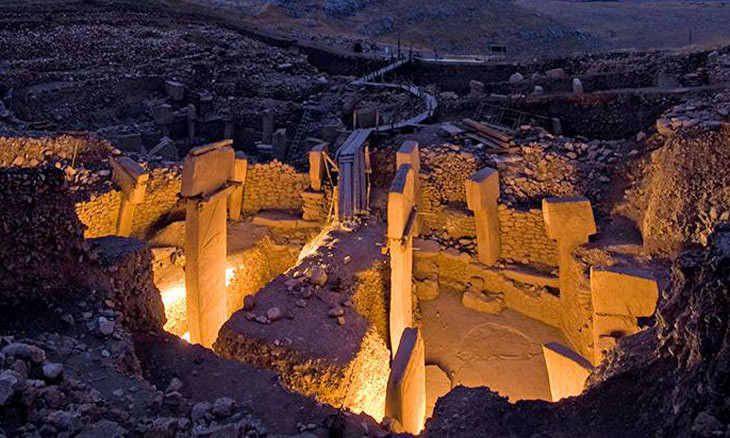