Southern Hatay's Samandağ Greek Orthodox Foundation won a legal battle to reverse a cemetery's re-zoning as "green space" by the municipality, which the Culture and Tourism Ministry approved.

Located in the southernmost city's Samandağ district, the cemetery's lot has been the only space allocated to the local Christian community since the 1870.

Hatay Municipality had allocated the lot as green space in a re-zoning plan that the foundation fought legally for five years, only to realize that their appeal was approved when the re-zoning plan was suspended, Samandağ Greek Orthodox Foundation Chair Dimyan Emektaş said.

The cemetery, adjacent to Mother Mary Church, is one of nine parcels that the foundation owns in the city, Emektaş added.

The plan for the lot was suspended eight to nine months ago, but the municipality hasn't notified the foundation of any changes to the parcel's status.

The municipality only told the community that it was the government before the March 2019 local elections that re-zoned the lot, and that's all they know about it, Emektaş said.

"This hurt all of Samandağ's residents. We've lived together for years because we respect each others' faiths."

Located at the southernmost tip of Turkey, Hatay has been home to multiple ethnicities, religions and cultures for centuries.

The deputy had said that the re-zoning was a "blatant disregard of the Christian community both financially and spiritually."

Hatimoğulları had said that the re-zoning was a violation of the principle of equality. 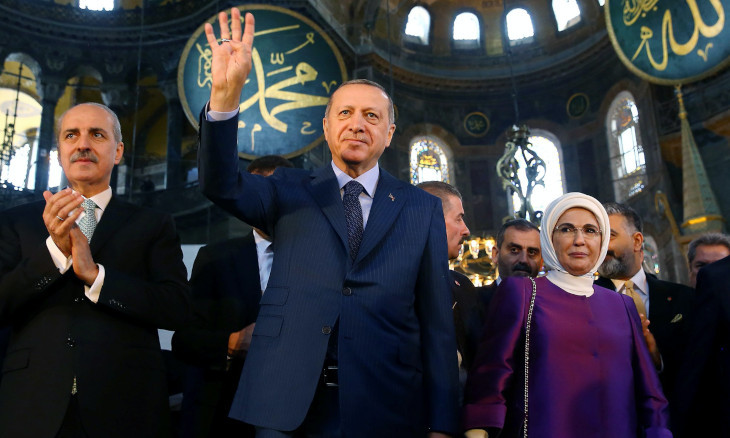