The portrait of Ottoman Sultan Mehmed the Conqueror that main opposition-run Istanbul Municipality arrived at the border on Aug. 20 and entered customs processing on Aug. 21, daily Sözcü reported.

Bought for 7.9 million liras in London's renowned Christie's Auction House on Istanbul Mayor Ekrem İmamoğlu's order, Venetian painter Gentile Bellini's painting is one of the three remaining depictions of Sultan Mehmed that were made in his lifetime.

The portrait was bought in late June and a committee led by Istanbul Municipality Cultural Heritage Department's Manager Mahir Polat inspected it in an early August trip. 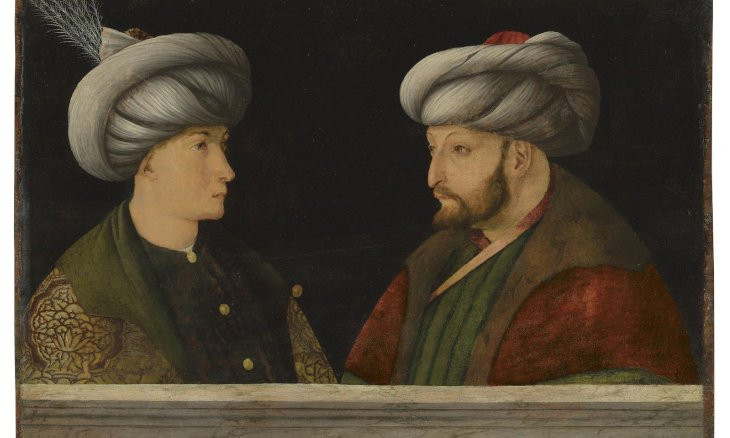 After customs processing is finished, the painting will be delivered to the municipal headquarters in Istanbul's Saraçhane district where it will be allowed to acclimate in a specially-climatized compartment that can house an ancient artifact.

Mayor İmamoğlu will reveal the painting to the public after the necessary time is allowed for its acclimatization, predicted to be some time in late September or early October as part of COVID-19 precautions.

The painting will remain on display permanently in the municipal headquarters.

Measuring around 13 by 17 inches (33 by 45 centimeters), the portrait is thought to date back to 1480 and is possibly one of the last depictions of Istanbul's "conqueror" before he died in 1481.