The 1700 year-old Mor Yuhanna Assyrian church has been put up for sale for the sum of 7,250,000 TL, the BBC's Turkish service reported.

The church, which has been used as a carpenter's studio for decades, was previously put up for sale five years, ago, according to realtor Mahsum Altay, who claimed that it was most likely last used as a church prior to the Selçuk period.

Christian Assyrians have traced their roots to the Mardin area for centuries, though just a small community remains as most have either moved to Istanbul or left the country.

The owners of the property gave up on selling the ancient church in 2015 after fierce reaction mounted against the sale, though Altay said there were no legal obstacles to selling the church.

“We informed some Assyrians living abroad, but they didn't show serious interest, those who were interested wanted to purchase it for a very cheap price. They wanted to purchase the property well under its value, but the owners have said that it is a very valuable property handed down from their grandfather and that they didn't want to sell it for a low price,” Altay said.

Meanwhile, Assyrians in Mardin believe that the church is being sold for an outrageous price and that the state, much less the local Assyrian community, could cover the cost.

“It is a small place of worship without a window that as far as we have examined dates back to the fourth or fifth century, but was somehow registered in the name of a citizen years ago. It was transferred to someone else and the deed is under the name I.A. Since he is very elderly, he transferred his property to his children, and gave the church's deed to his youngest son,” said Mardin's Kırklar Church head priest Gabriel Akyüz.

“We said 'if you offer a reasonable price we will think about it, but we neither have the money to cover such an outlandish price, nor are we thinking of purchasing it at such a price,'” Akyüz said. 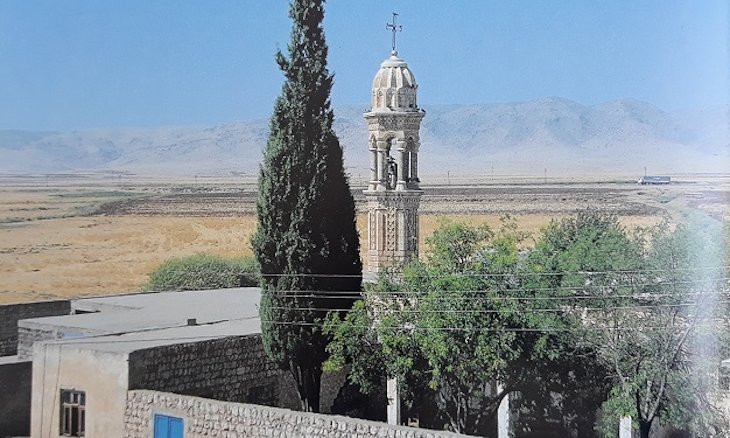