Russia has said that the presence of Turkish troops and armor in Syria's Idlib region was making the situation there much worse as was the transport of weapons and ammunition across the Syrian-Turkish border.

"The situation is aggravated by the flow of arms and ammunition into the de-escalation zone across the Turkish-Syrian border, as well as columns of Turkish armored vehicles and troops entering Syria's province of Idlib," the Russian Defense Ministry said in a press release on Feb. 12.

The Russian Defense Ministry also accused Turkey of failing to separate “opposition” from “terrorist groups” in Idlib, which it said was of the main reasons behind the ongoing escalation there.

Attacks undertaken by “terrorist groups” in the government-controlled parts of Syria ultimately triggered a Syrian government offensive against them, the Russian Defense Ministry said, also warning Ankara against “uncoordinated” actions.

"Statementsby Turkish representatives about alleged attacks by Russian forces oncivilians in the Idlib de-escalation zone do not correspond withreality," the Defense Ministry said.

"We see the reasons for the current deterioration in Turkey's chronic failure to fulfill its commitments under the Sochi memorandum of September 17, 2018, and the transfer by Ankara of Turkey-controlled units of the so-called moderate armed opposition to northeastern Syria into the zone of Operation Peace Spring and to Libya," Zakharova said at a weekly briefing in Moscow on Feb. 12.

The spokesperson stated that Moscow remains committed on working together with Ankara to solve the Syrian conflict. 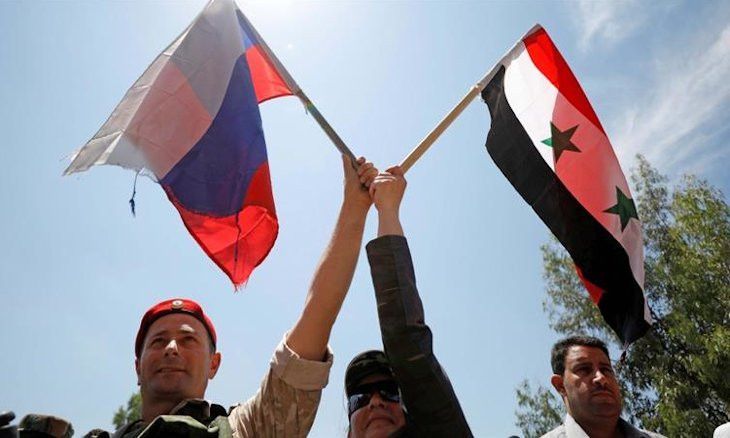 Kremlin demands end to all attacks on Syrian, Russian forces in Idlib

Zakharova's statements came a day after the Kremlin said all attacks on Russian and Syrian government forces in Idlib should stop and that agreements it had struck with Turkey on the conflict had to be upheld.

“At the moment, we consider the most important thing is the implementation of… agreements [between Russia and Turkey]… and of course the suppression of any terrorist activity directed against the Syrian armed forces and Russian military facilities,” Kremlin spokesman Dmitry Peskov told reporters on Feb. 11.

“We consider such sorties from Idlib unacceptable,” he said.

Russia said last week that some of its troops had been killed in militant attacks in Idlib and that such attacks were emanating from a Turkish-controlled zone in the region.