Turkeywants to solve issues with Russia over Idlib through diplomacy butwill take other “measures” if necessary, Çavuşoğlu said.

“We want to solve this issue through diplomacy, through the meetings conducted with Russia. But, if this is not possible, as President [Recep Tayyip Erdoğan] previously said, we will take the necessary measures. The regime [Syrian army] is not only targeting innocent civilians [in Idlib], but also our soldiers at the observation points. It is not possible for us to tolerate this,” Çavuşoğlu.

Meanwhile, Turkish Vice President Fuat Oktay told broadcaster NTV that Turkey was determined to stop Syrian advances in Idlib, and that Ankara had conveyed its position to Moscow during ongoing talks.

“We cannot overlook the cruelty happening in our neighbor,” Oktay said. “Turkey has fulfilled its responsibilities in Idlib. Some of our observation posts have fallen into areas controlled by the regime,” he said, referring to Turkish military observation posts established in Idlib under a 2018 deal struck with Russia. 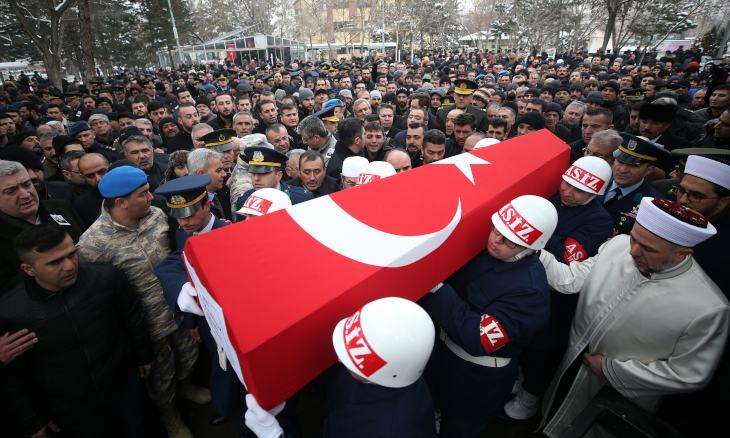 Turkeyand Russia back opposing sides in the conflict, but have collaboratedto reach a political solution. A Syrian government offensivedisrupted Ankara and Moscow's fragile cooperation, after 13 Turkishtroops were killed in two weeks.

Turkey has set up 12 observation posts in Idlib as part of an agreement struck with Russia in 2018 to set up a de-escalation zone in the northwestern region .

This month Ankara – which has the second-largest army in NATO – has poured some 5,000 troops and convoys of military vehicles across the border into Idlib, including tanks, armored personnel carriers and radar equipment to bolster its positions.

President Erdoğan said on Feb. 12 Turkish military would strike Syrian forces by air or ground “anywhere” in Syria if another Turkish soldier was hurt as the Syrian government fought to regain control of Idlib from rebels.

Erdoğan said Turkey was determined to push the Syrian troops beyond Turkish observation posts in Idlib by the end this month and that Ankara would not allow rebels in Idlib to give them an excuse to attack. 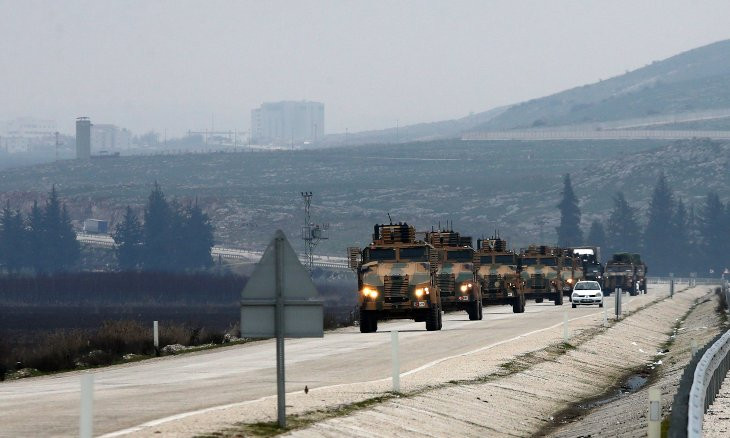 The escalation of violence in Idlib has also caused hundreds of thousands of people to abandon their homes and head north to the Turkish-Syrian border, many trudging by foot through snow in freezing temperatures, to escape air strikes and artillery fires by the Russian-supported government forces.

As the Syrian government continued its offensive, Turkish and Russian officials held talks in Ankara to tackle the dispute. Erdoğan has also spoken on the phone twice with Russian President Vladimir Putin since the Turkish troops were killed.

However, there was no sign of an agreement, with both sides accusing the other of failing to meet their responsibilities.