Two more Turkish soldiers were killed by government forces in northwest Syria, the defense ministry said on March 4, as fighting raged a day before Turkish President Recep Tayyip Erdoğan and Russian President Vladimir Putin are to meet to seek a ceasefire. 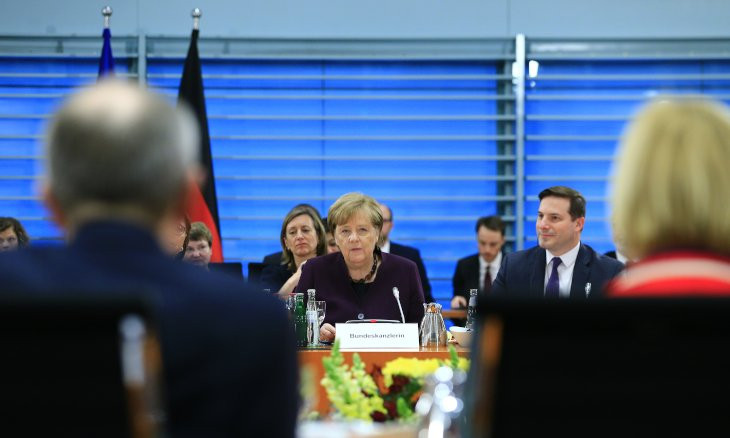 The conflict in the Idlib region, which has displaced nearly a million civilians, has intensified in recent days between Turkey and allied rebels on one side and Syrian government forces backed by Moscow and Tehran on the other.

Since late last week, when 34 troops were killed in an air strike, Turkey has sharply ramped up drone attacks through the region as an answer to relentless Russian air strikes that have helped the Syrian government take territory since December. It also launched Operation Spring Shield on March 1.

Syrian opposition sources said Ankara is hitting Syrian forces and Iran-backed militia inside the strategic town of Saraqeb, which has changed hands three times in recent weeks, in what one called a "war of attrition." Local sources said reinforcements are being sent to help Syrian President Bashar al-Assad's forces.

The battle for Idlib, the last big rebel-controlled area in the northwest, has brought what the United Nations fears might be the worst humanitarian crisis of the nine-year-old Syrian civil war.

Erdoğan is scheduled to meet Putin in Moscow on Thursday to try to agree a deal to halt the fighting. At least three rounds of talks between Turkish and Russian delegations in recent weeks have so far failed to reach an agreement.

Earlier on March 4, Russia accused Turkey of violating international law by building up forces in Idlib and failing to meet its obligations under a pact to create a demilitarised zone there.

The RIA news agency quoted a Russian defense ministry spokesman as saying "terrorist" fortifications had merged with Turkish outposts in Idlib, resulting in daily attacks on Russia's Hmeimim air base in Syria.

Turkey, which hosts 3.6 million Syrian refugees, fears another wave from Idlib. In an effort to force Western allies to more forcefully back its effort in Syria, Ankara has encouraged migrants already in the country to enter the European Union via Greece or Bulgaria.

"After this attack, all targets in that region were hit and [Syrian] regime elements were seriously damaged," a Turkish security official said. "Russia's approach to ensure the regime makes as much headway as possible on the ground ahead of the meeting is causing issues."