Turkish Foreign Minister Mevlüt Çavuşoğlu has said that Ankara would be forced to respond to the European Union if the bloc adopts additional measures against Turkey.

Speaking in a joint press statement with EU's foreign policy chief Josep Borrell in Ankara on July 6, Çavuşoğlu also urged the bloc to fulfill its promises.

"We would be forced to respond if the EU adopts additional measures against Turkey. This wouldn't contribute to the solution," Çavuşoğlu said.

"Pledges given to Turkey need to be fulfilled," he said, citing the updating of the Customs Union and visa-free travel.

Saying that Turkey fulfilled 67 criteria regarding the aforementioned pledges, the minister noted that "the countries that don't fulfill most of them are being lenient on."

"It's not appropriate to put more conditions forward. The EU needs to fulfill its promises," he said, adding that Turkey's hasn't been receiving invitations to summits for some time now.

"The EU adopted measures that banned high-level dialogue and contact. Normally, if we were to say, 'You adopted these decisions,' Borrell wouldn't be here in Ankara. The fact that we resume dialogue despite the decisions of the EU shows goodwill. It's not because we need the EU so much. We both need each other," Çavuşoğlu also said.

"The EU needs to reverse this decision. We see that Turkey will be on the agenda of the Commission meeting and summit because of a number of countries, including France. Adopting decisions against Turkey won't solve problems, but deepen them," he added.

During the press statement, Çavuşoğlu said that Turkey shows the necessary sincerity in its relations with the bloc.

"We expect from the EU to be a party to the solution and not the problem," he said.

Turning to the issue of the eastern Mediterranean, the minister said that Ankara supports the EU's mediation over energy resources "as long as it is an honest broker." He said that Turkey has always been fair and transparent in its relations with the EU and expects the same.

Borrell said that although it was not the best period in relations, the sides needed to work together to improve ties. 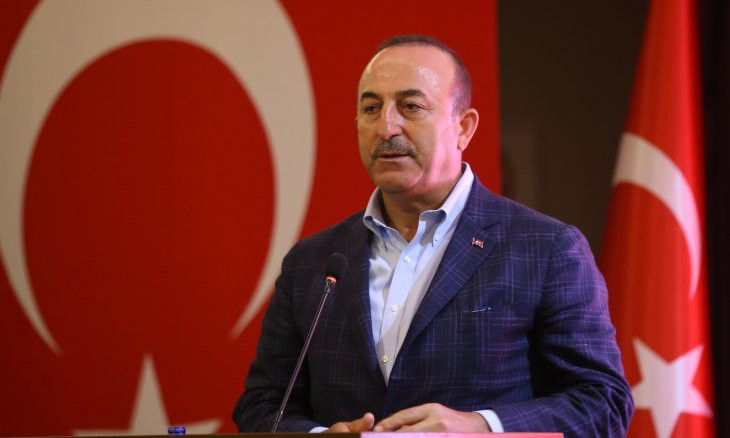 France's foreign minister said last week EU ministers would discuss Turkey on July 13 and said new sanctions on Ankara could be considered in addition to steps taken over Turkey's drilling in the Greek Cyprus economic zone.

As relations deteriorated between the bloc and Ankara, the European Union imposed a travel ban and asset freezes on two people in February for their role in Turkey's drilling in Cyprus' maritime economic zone off the divided island.

Çavuşoğlu also repeated a call for France to apologise after an incident between Turkish and French warships in the Mediterranean, which prompted Paris to request a NATO investigation.

Relations between the NATO members have soured over the Libya conflict, where Turkey supports the internationally recognised government and accuses Paris of backing the eastern-based forces of Khalifa Haftar who tried to capture Tripoli.