Hagia Sophia to be outfitted in turquoise carpeting, fibers pointing toward Mecca

Putin and Mitsotakis "focused on the change of the status of Hagia Sophia cathedral in Istanbul," TASS cited Kremlin as saying.

"[They] emphasized the unmatched cultural, historic and religious significance of that unique World Heritage Site and noted the importance of preserving it as universal heritage and a symbol of peace and cohesion," it said.

According to the Kremlin, the talks touched upon "some regional issues, including settlement in Libya and the situation in the Eastern Mediterranean."

Erdoğan visits Hagia Sophia ahead of its reopening as a mosque

"[Putin and Mitsotakis] considered in detail the future advancement of Russian-Greek cooperation in a variety of fields. [They] noted the need to accelerate the work of the joint commission on economic, industrial, scientific and technical cooperation, placing an emphasis on extension of legal groundwork for a bilateral relationship," it said.

They also discussed the reciprocal Year of History, scheduled for 2021, including the celebrations in Greece marking the 200th anniversary of its War for Independence. 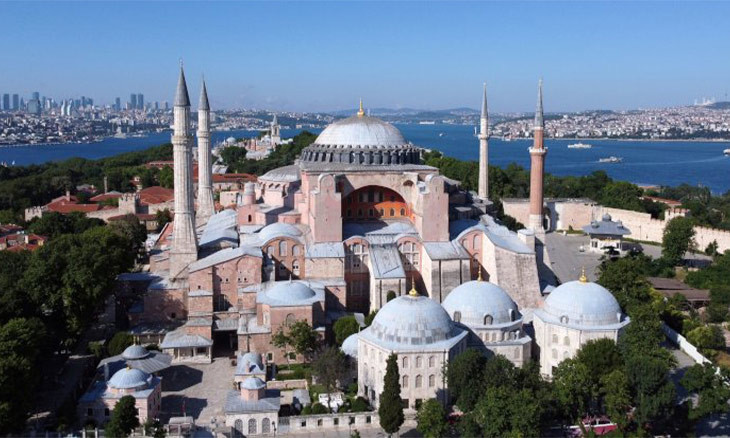 Conversion of Hagia Sophia will not impact relations with Ankara: Kremlin

Islamist Felicity Party received the invitation later than other parties.