Russian President Vladimir Putin and his Turkish counterpart Recep Tayyip Erdoğan discussed by phone the intensified military conflict on the border between Armenia and Azerbaijan, the Kremlin said on July 27.

"Readiness was expressed to coordinate efforts for stabilization in the region," the Kremlin said, adding that the two presidents stressed that there are no alternatives to diplomatic settlement of the conflict.

"The presidents exchanged views on the situation in the South Caucasus in the context of the aggravation of the situation on the Armenian-Azerbaijani border. Vladimir Putin stressed the importance of prevention of any actions promoting further escalation. Both sides said they are interested in settling the conflict situation only by peaceful means, through talks," it said.

The leaders expressed readiness to coordinate efforts to stabilize the situation in the region, the Kremlin said. 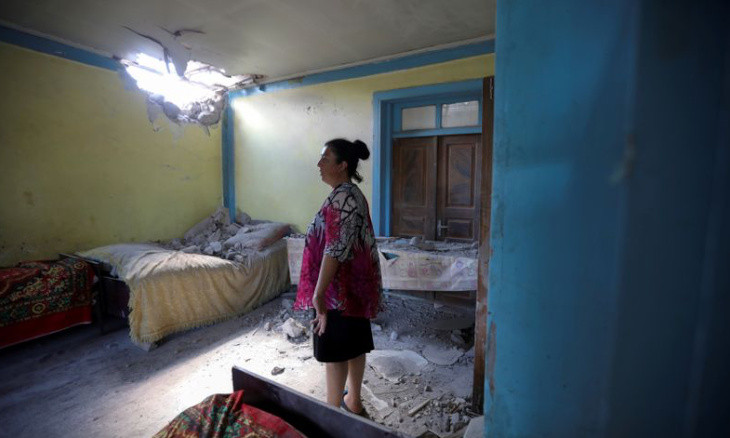 Putin and Erdoğan also noted that "there are no alternatives to political and diplomatic settlement of the Nagorno-Karabakh conflict on the basis of the principles of international law in the interests of the peoples of Armenia and Azerbaijan."

Putin said earlier this month that the conflict between Azerbaijan and Armenia was a highly sensitive matter for Russia.

A number of other bilateral issues were also discussed in the phone call initiated by the Turkish side, including the conflicts in Syria and Libya.