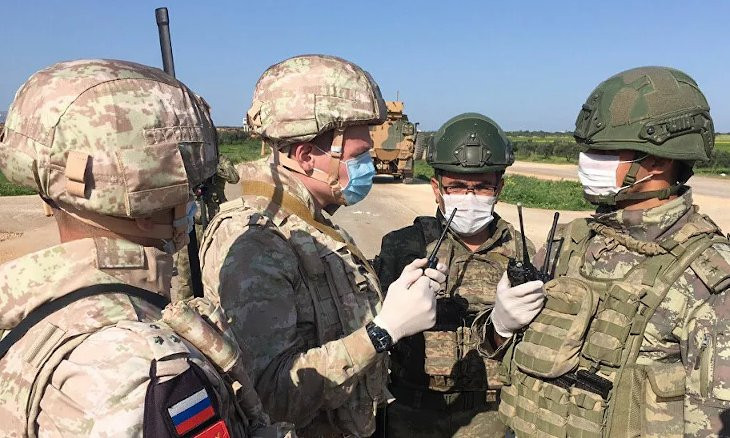 The Russian military reported on Aug. 25 that a joint Russia-Turkey patrol came under fire in Syria's Idlib once again. The incident resulted in an armored vehicle being damaged and two Russian servicemen being slightly injured.

"On Aug. 25, during the 23d joint Russian-Turkish patrol along the M-4 highway in the vicinity of the Urum al-Joz settlement in the Idlib de-escalation zone's southern part, the patrol motorcade was fired upon from a hand anti-tank grenade launcher," Sputnik cited Russian Defense Ministry as saying.

"As a result, an armoured personnel carrier of the Russian military police was damaged. Two Russian servicemen sustained light concussions," it added.

According to the press release, the Russian and Turkish commanders in Syria are currently cooperating with the Syrian security forces to determine which one of the armed groups present in Idlib could have been behind the attack.

Turkey and Russia started joint patrolling of the M4 highway, which connects the Syrian provinces of Latakia and Aleppo, on 15 March. The initial route was shortened shortly afterwards because of provocations staged by local rebels.