The CHP's Central Executive Board (MYK) has also called on the ruling Justice and Development Party (AKP) to "not make compromises in our rightful cause" following an extraordinary meeting on the escalating tensions in the eastern Mediterranean.

But Turkish Defense Minister Hulusi Akar played down the significance of the move, saying the ship had returned to shore as part of scheduled plans.

CHP: Diplomacy carried out by decisions of a single person

The CHP also said that it follows the developments closely.

"The fact that parliament is no longer a center of power isolated Turkey in its rightful causes in diplomacy and made it make compromises," it said in a written statement.

"Diplomacy, which needs to be of the state, has turned into a tool in domestic politics and is now carried out based on the decisions of a single person via putting the Foreign Ministry and bureaucracy out of the picture," the CHP added. 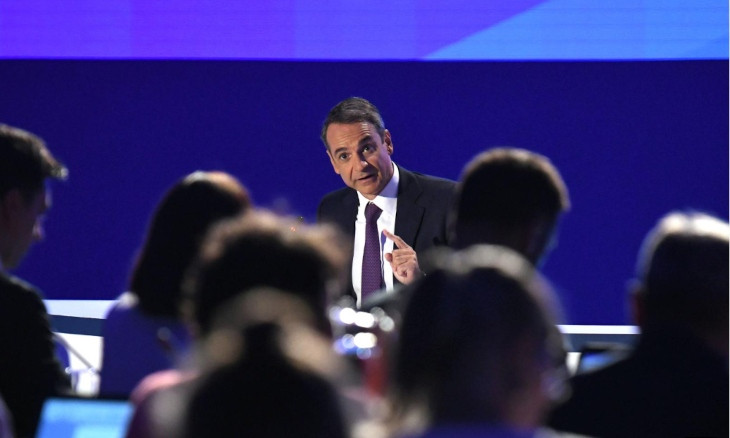 Greek PM: We want dialogue with Turkey, but not 'at gun point'

It also commented on U.S. Secretary of State Michael Pompeo's "concerns" about Turkey’s actions in the eastern Mediterranean after a meeting in Nicosia on Sept. 12 with Cypriot President Nicos Anastasiades, saying that an agreement signed between the U.S. and Greek Cyprus will increase tensions.

"This agreement ignored the rights of Turkish Cyprus," it said, while slamming Pompeo for not meeting with Turkish Cyprus official during his visit to the island.

Turkey's navy had issued an advisory earlier this month saying that the Oruç Reis would continue operations in the area until Sept. 12.

Foreign Minister Mevlüt Çavuşoğlu had said the ship would continue exploratory operations for longer but no extension to the advisory has been issued so far.

On Sept. 14, Çavuşoğlu said that Oruç Reis returned to the base for "resupply and maintenance works."

"The return of Oruç Reis is a positive first step, I hope there will be continuity. We want to talk with Turkey but in a climate without provocations," he told reporters in Thessaloniki.

Ankara faces potential sanctions from the European Union, which fully supports member states Greece and Cyprus, due to the dispute but many states, including Germany, want to defuse the stand-off through dialogue. 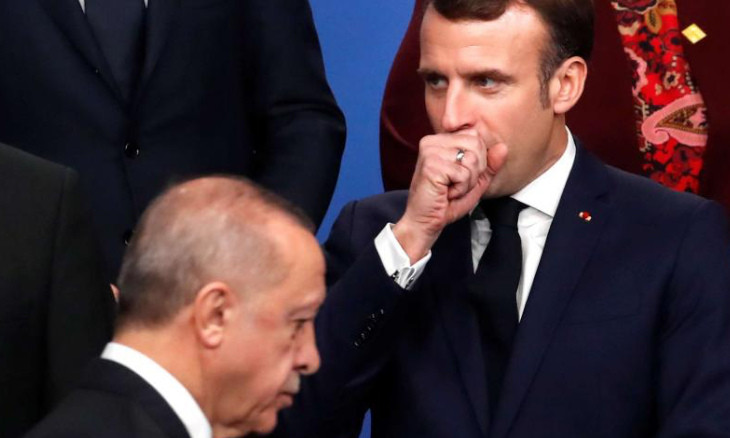 "A sanctions list exists as an option [against Turkey]. Our desire is not to see it implemented but it will be done if we see that the other side is not returning to the path of logic," Mitsotakis said.

The bloc's leaders could make a decision at a summit on Sept. 24-25.

Çavuşoğlu, however, said on Sept. 14 that Turkey does not expect the European Union to impose sanctions on it, adding that the vessel will soon resume operations.

Turkey has also said it is open to solving issues with Greece through dialogue but had publicly rejected any pre-conditions, including Oruç Reis halting operations, ahead of negotiations.

Akar, who was visiting Antalya's Kaş district, near the Greek island of Kastellorizo, said that Turkey was on the side of dialogue and political solution.

He later told state-owned Anadolu Agency that Oruç Reis' return did not mean Ankara had given up its rights in the area. "There are planned operations. There will be back-and-forth movements within the framework of this plan," he said. 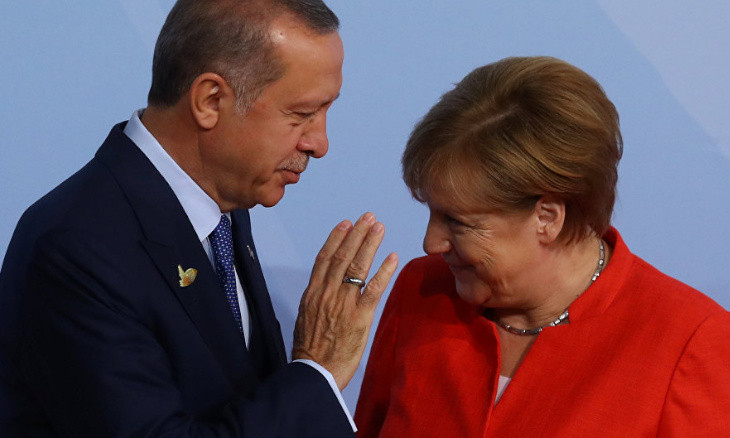 Erdoğan is pushing Germany to its limits

Turkey says it has a legitimate claim over the area in the eastern Mediterranean. There is no agreement between Greece and Turkey delimiting their continental shelves, while Turkey disputes any claims by Cyprus, with which it has no diplomatic relations.

Cyprus was split in a Turkish invasion in 1974 triggered by a brief Greek-inspired coup. Its internationally recognized Greek Cypriot government represents the whole island in the European Union, though its authority is effectively contained to the southern part. North Cyprus is an unrecognized Turkish Cypriot state recognised only by Ankara.