Turkish President Tayyip Erdoğan said on Sept. 28 Armenia must immediately withdraw from territory he said it was occupying in Azerbaijan, and it was time to end a crisis over the breakaway region after clashes between Azeri and Armenian forces.

"It is time to end the crisis in the region, which started with the occupation of Nagorno-Karabakh. The region will once again see peace after Armenia immediately withdraws from the Azeri lands it is occupying," Erdoğan told an event in Istanbul.

He said the Minsk group - which is led by Russia, France and the United States and mediates between Armenia and Azerbaijan - had failed to solve the issue for almost 30 years.

Azerbaijan "had to take matters into its own hands whether it likes it or not," Erdoğan said. "Turkey will continue to stand with...Azerbaijan with all its resources and heart."

He did not directly address whether Turkey was currently playing an active role in the conflict, as Armenia has said. Azerbaijan denies the claim.

Ethnic Armenians who make up the vast majority of the population of Nagorno-Karabakh reject Azeri rule. Yerevan and Baku frequently accuse each other of attacks in the region despite a 1994 ceasefire. 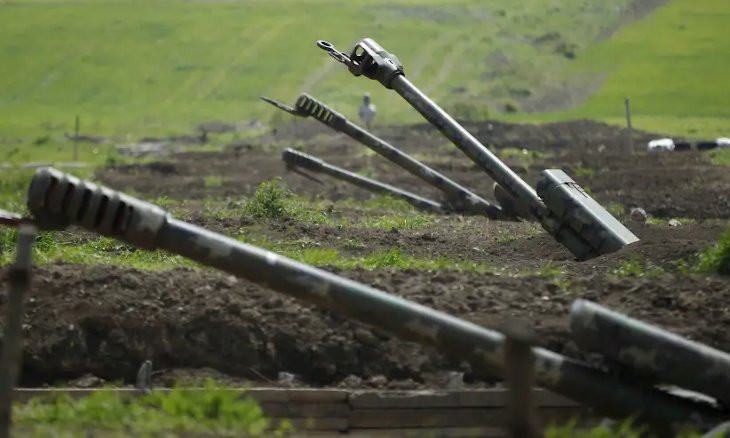