Armenian Prime Minister Nikol Pashinyan said the actions of Turkey and Azerbaijan amounted to a "terroristic attack" over Nagorno-Karabakh that formed part of the continuation of Armenian genocide.

"Let us look at what Turkey is implementing in the Mediterranean in Libya in Syria, Iraq. To me there is no doubt that this is a policy of continuing the Armenian genocide and a policy of reinstating the Turkish empire," Pashinyan told Sky News.

The Armenian genocide refers to the killing of 1.5 million Armenians by the Ottoman Empire from 1915 to 1923.

According to Pashinyan, Turkey's "full support" motivated its ally Azerbaijan to reignite fighting in the Nagorno-Karabakh region. 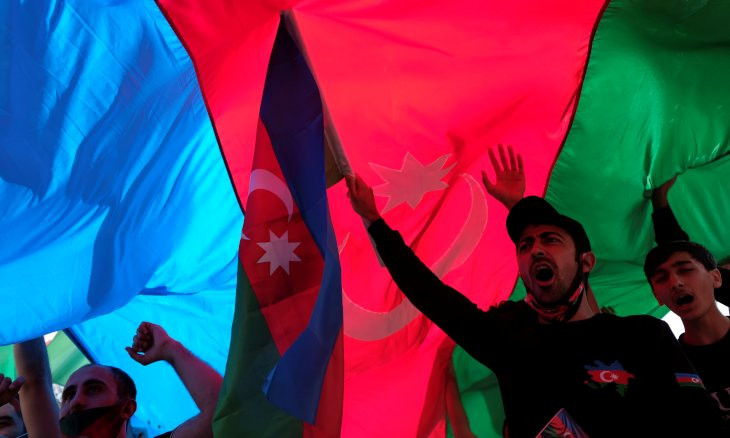 "Firstly, Turkey has become fully engaged, encouraging and inciting the conflict. Turkey has also transported mercenaries and terrorists from the territory of Syria to the conflict zone which is changing the whole context," he said.

"This is becoming essentially Nagorno-Karabakh and Armenia's struggle against international terrorism," he added.

Azerbaijan and Turkey - which has promised unqualified support to Azerbaijani President Ilham Aliyev in his efforts to reverse the country's defeat in the last war in the early 1990s - deny engaging mercenaries in the conflict.

He also refused to acknowledge that Armenia had any obligation under international law to withdraw troops from territories conquered in the conflict in the early 1990s, saying that had applied to the Nagorno-Karabakh autonomous forces and had nothing to do with Armenia.