“When truth spoken to their faces Europe's loser racists showed up again. Trying to exploit Islamophobia and xenophobia. Time has come to stop Europe’s spoiled politicians with fascist mindset,” Turkish Foreign Minister Çavusoğlu wrote on Twitter, in an apparent response to Wilders.

When truth spoken to their faces Europe's loser racists showed up again. Trying to exploit Islamophobia and xenophobia. Time has come to stop Europe’s spoiled politicians with fascist mindset.

Wilders posted Oct. 24 a cartoon portraying Erdoğan with a bomb, and wrote “terrorist.”

Following criticism against him, Wilders posted another tweet in Dutch, saying “The Turks are angry because I called Erdoğan a terrorist. The truth is sometimes unpleasant, but no less true.”

“While fascists likeGeert Wilders attack our president, their intention is to shed the blood of theoppressed in Syria and Libya, and to commit Hitler's cruelty to the Jews inEurope to Muslims,” party spokesperson Ömer Çelik wrote on Twitter, using thehashtag #TerroristGeertWilders.

Known for his anti-Islam stance, Wilders is the chairman of the Party for Freedom (PVV), and was found guilty of insulting a minority group during his 2014 election campaign. 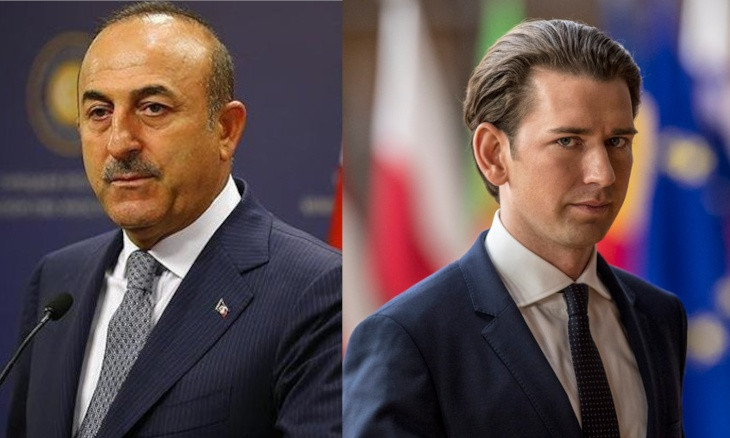