The leaders of Cyprus's estranged Greek and Turkish Cypriot communities on Nov. 3 agreed to support the possibility of a five-party meeting under the auspices of the United Nations to resolve the island's decades-old division.

Cypriot President Nicos Anastasiades, who is the Greek Cypriot leader, met with newly-elected Turkish Cypriot leader Ersin Tatar late on Nov. 3 at a United Nations compound in the capital Nicosia. It was their first encounter since Tatar was elected head of breakaway northern Cyprus in October.

Tatar and Anastasiades "expressed their determination to positively respond to the U.N. Secretary-General's commitment to explore the possibility to convene an informal five-plus-United Nations meeting, in a conducive climate, at an appropriate stage," a spokesperson of the United Nations mission on the island said in a statement.

A "five-plus" format would include representatives of Cyprus' two communities, along with Greece, Turkey and Britain as the island's guarantor powers, and also the United Nations. 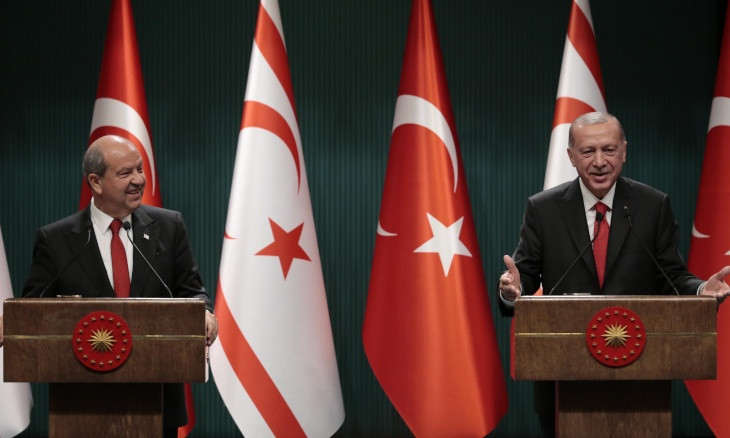 The United Nations has been grappling inconclusively for years to reunite Cyprus, split in a Turkish invasion in 1974 after a brief Greek-inspired coup. The last attempt collapsed in disarray after several days of negotiations attended by all parties in mid-2017.

Cyprus's division is a key source of friction between NATO allies Greece and Turkey, which are themselves now embroiled in a separate row over maritime rights in the eastern Mediterranean