Two men of Turkish descent said they helped save a police officer and two women during the deadly gun attack in Vienna, actions the Turkish government on Nov. 3 described as heroic.

"He was lying on the ground and we ran over in zig-zag fashion," Mikail Özen, a personal trainer and mixed martial arts fighter, told journalists, pointing to the place he and his friend Recep Tayyip Gültekin said the police officer had lain.

He said two other police officers, who threw themselves onto the injured officer to protect him, urged them to stay back for their own safety during what Austria's government described as an Islamist terrorist attack in which four people were killed.

But he said they walked over and helped carry the injured officer to an ambulance.

"They were shocked, and we were shocked … The paramedics were standing over there … We looked at each other and we just walked over. We did what was necessary," he said. 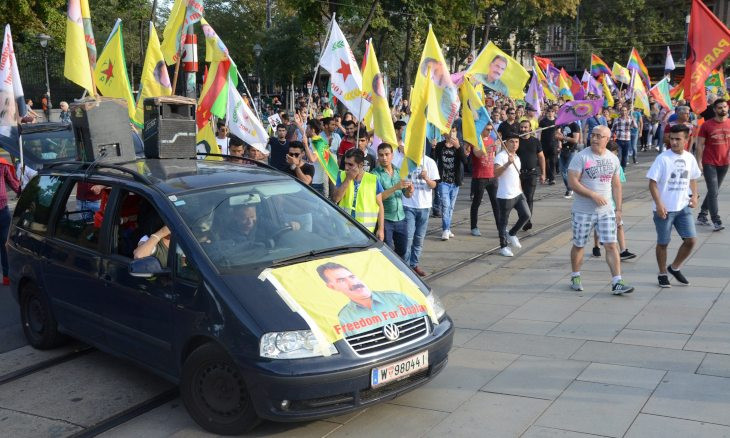 Turkey, Austria in row over Kurdish protests in Vienna

Austrian Interior Minister Karl Nehammer at a news conference said: "It's important for me to mention that the injured police officer was brought to safety by two Austrians with an immigration background." He did not name them.

Earlier, Gültekin told Turkish state-owned Anadolu Agency that he and Özen had been in Vienna city centre when they heard gunshots, headed in the direction of the noise and saw a gunman shooting a passerby.

"After I carried the wounded woman to a nearby restaurant, the terrorist pointed his gun at me," Gültekin said, adding he threw himself to the ground and was lightly hurt in the leg.

"We got into my friend's car and went to the nearest police station to report the incident," he said.

Gültekin said they also helped an elderly woman move to a safe location.

The men's actions drew praise from Turkish Foreign Minister Mevlüt Çavuşoğlu, whose country's relations with Austria have been strained in recent years.

"Last night there were two heroes in #Vienna. Recep Tayyip and Mikail did what a true Turk and Muslim is expected to do! Thank you young men. WE ARE PROUD OF YOU!" he wrote on Twitter.

Last night there were two heroes in #Vienna. Recep Tayyip and Mikail did what a true Turk and Muslim is expected to do! Thank you young men.

WE ARE PROUD OF YOU! ??https://t.co/apMpZAOtOj

He later told a news conference he had spoken with his Austrian counterpart to convey Ankara's condolences and repeated his praise for the men, saying they had disregarded risks to their own lives to help victims.