The government's urban transformation policies have completely destroyed the historical landscape of the district of Sur in Turkey's southeastern province of Diyarbakır.

In late 2015 and early 2016, the district saw intense fighting between the Kurdistan Workers Party (PKK) and the Turkish military, which displaced 5,440 families, i.e. approximately 30,000 people. When the fighting came to an end, bulldozers went in and flattened what was left over for urbanization projects.

Then-Prime Minister Ahmet Davutoğlu promised to rebuild areas damaged in the operations and vowed to turn Sur into a “new Toledo,” a reference to the Spanish city which was once a center of learning and co-existence between the three main religions, Christianity, Islam and Judaism.

However, although five years have gone by, the number of buildings that have been rebuilt by the government is barely enough to accommodate 10 percent of the displaced Sur residents.

Today, Sur residents are still not allowed to return to six neighborhoods as there is still a curfew intact in those places. Locals say the government's urbanization project has excluded the poor residents, in favor of rich buyers, Deutsche Welle Turkish reported on Dec. 21.

After the government enacted a law expropriating six neighborhoods of Sur, it offered one of the following options to the residents. It gave people a certain amount of money for their historical buildings (which often was below-market-rate), or families would be settled in apartment flats built by the Housing Development of Turkey (TOKİ) on the outskirts of Diyarbakır. A third option was that the government ought to make a profit by selling people expensive villa-type houses built in place of demolished houses, the prices of which vary from 400,000 liras to 1 million liras.

The 45-year-old Nihat Yiğit is one of the residents of Sur who accepted the government's third option, but is contemplating how he will pay the monthly mortgages of 3,500 liras as he does not have a stable income and earns 1,500 liras a month on average.

Yiğit told Deutsche Welle's Turkish service that these high-end residences have been made out of very cheap material although they are sold at “outrageous prices.” “Those houses would not last for more than two years. Such a bad material has been used that they will collapse on their own. Both sides [Turkish military and PKK] have fought, and we have become the ones who have suffered. Is this how our suffering would be handled?” Yiğit asked.

Another local named Ömer Güneş told DW Turkish that the government offered him an expropriation price of 72,000 liras for his demolished house. Güneş instead agreed to pay 800,000 liras for the house that has been built in place of his demolished house due to "an attachment to Sur." However, the former Sur resident has not been still given his house despite several petitions, leading him to take his case to the court.

The Diyarbakır Chamber of Architects said that the redevelopment of Sur has not respected the original fabric of the area, and contractors have used materials that are not in harmony with the historic structures.

Ferit Kahraman, the co-chairman of the chamber, has said that not even a single local has been given one of the newly built residences. “Those who are saying 'We have finished the world's prominent airports, bridges in a record time of one-two years' and praising about that, have not been able to hand over any residence in Sur to their right holders in five years,” Kahraman told Deutsche Welle. 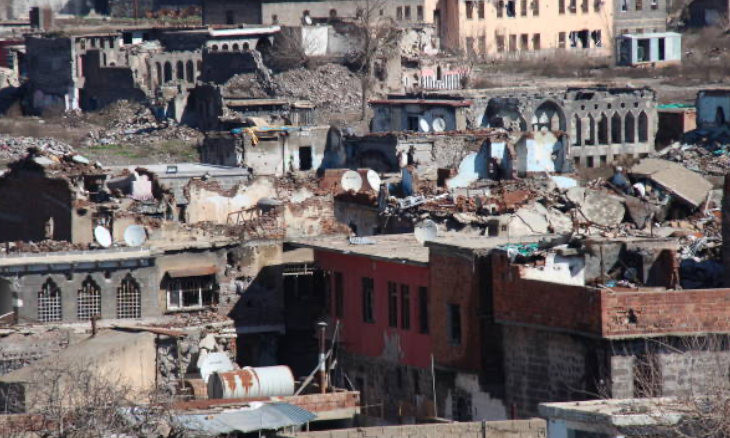 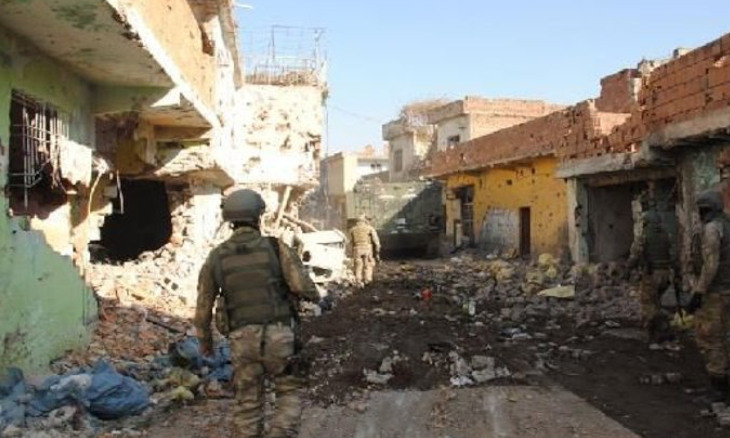