Prosecutors have launched an investigation into a report on pilgrims who allegedly did not undergo a medical check up after returning to Turkey from Saudi Arabia.

The report, which was penned by journalist Gençağa Karafazlı, was published on Evrensel newspaper on March 17. The report said that between February and March, approximately 500 pilgrims traveled from Turkey's northern province of Rize to Saudi Arabia.

Upon returning to Turkey, the pilgrims were sent home without going through a medical check up, with several of them defying the 14-day quarantine rule and spending their time outside their houses despite the authorities' calls for social distancing amid coronavirus outbreak, the report said.

The Rize Prosecutor's Office alleged that the report in question “pushed people into fear and panic,” Evrensel said on March 18.

The prosecutor's office summoned journalist Karafazlı to testfiy. In his testimony, Karafazlı denied the charges against him, saying the report in question was “for the public's own good” and people had right to access reliable information. He was later released pending trial.

Karafazlı's report said that the pilgrims' defiance of the self-isolation rule had stirred “debate and fear” in Rize, as some of them later applied to hospitals with complaints of high fever.

'Pilgrims should have been placed under official quarantine'

The report included opinions of various experts, including Rize Medical Chamber head Dr. Turgay Hasanoğlu, who criticized the authorities for not placing the pilgrims under quarantine.

“Those who came back from the Umrah should have been placed under quarantine directly. This was not done, and now the damage has been done. We are facing a very serious situation. Why am I saying this? Because, if there is a patient among these citizens [pilgrims], they have already visited their friends, accepted visitations from others, shopped and continued their social relations; so, they must have spread the virus,” Hasanoğlu was quoted as saying in the report.

Former head of the Rize Medical Chamber, Dr. Zelkif Akgül, was quoted as saying in the news report that none of the 500 pilgrims were exposed to a medical check up once they came back to Turkey.

"Officials are now saying that these citizens have been notified [of the 14-day self-isolation rule]...These citizens should have been placed under surveillance the moment they got off the plane...This has not been done, and now it is too late. Currently there is a panic mode in Rize," Akgül was quoted as saying. 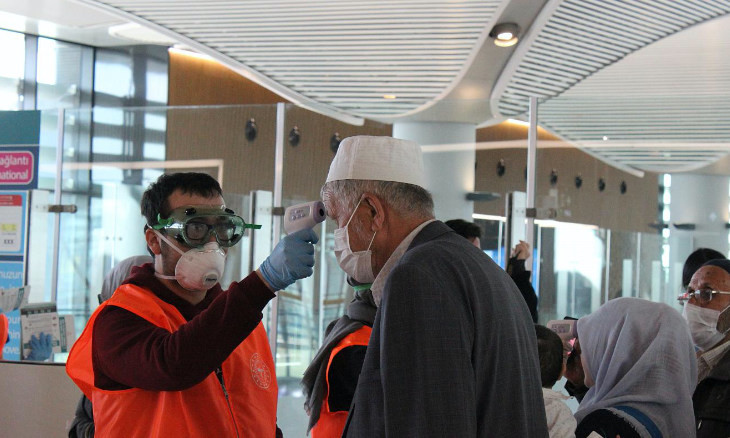 On March 15, the Turkish government ramped up measures to prevent the spread of the novel coronavirus, including actively quarantining the newly arriving pilgrims.

The move came after some of the returnees tested positive for the virus.

The Youth and Sports Ministry said the pilgrims were to be kept under observation for 14 days in five student dormitories with a capacity of 10,330 people.