A land rented for mosque construction on the iconic Atatürk Forest Farm in the capital Ankara will be kept as a park upon the city's municipal council decision.

The land in front of the Gazi University Faculty of Medicine was rented to an association for mosque construction during former Ankara Mayor Melih Gökçek's term, which was a move slammed by Tezcan Karakuş Candan, the Ankara branch head of Turkey's Chamber of Architects.

"The return of the land's status to its previous zoning status of a park is a success stemming from the continuation of the struggle for the Atatürk Forest Farm gaining correspondence in the public," Candan said, adding that the lot was rented for land rent instead of mosque construction. 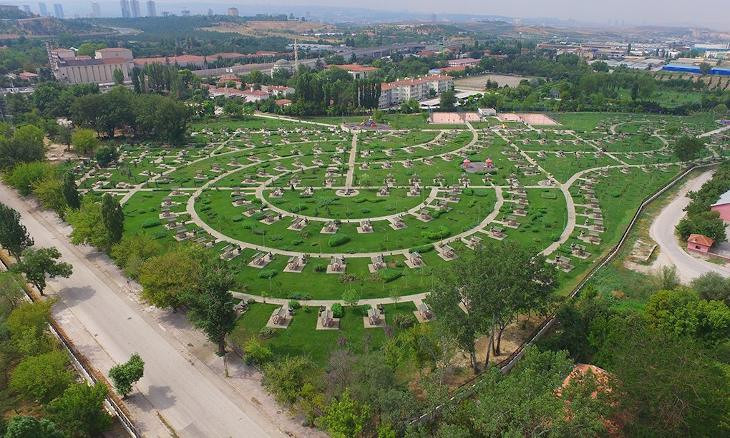 "Profiteers have begun attempts to construct a mosque on this area. However, the plans of a mosque construction played the role of covering up the land rent from the parking lot that's behind it. There are plenty of places of worship nearby with sufficient capacity," she also said.

Saying that the allocation of the land in question to the Gazi University's rectorate was made for public health, Candan noted that planning the areas outside the hospital area as spaces that can be used by patients, their relatives and hospital personnel is an urbanization principle.

"It was clear that removing this forested area was not in line with public benefit," she added.

The forest farm was established in 1925 by Mustafa Kemal Atatürk, the founder of the Turkish Republic, as a private farm. It is a recreational area, which houses several small agricultural farms, greenhouses, restaurants, a dairy farm and a brewery.