At the latest hearing of a trial regarding the 2015 Suruç massacre on May 20 - in which ISIS killed 33 young leftists - a lawyer seeking justice for the victims has revealed that hours of surveillance footage following the attack was likely erased or concealed.

“Though incomplete, the court sent the surveillance footage from Suruç to a criminal laboratory. There is no footage in the following five hours after the massacre. Why not? We don't think this was basic neglect. Instead, the footage was either destroyed or it was not sent,” said laywer Can Tombul of the Justice for Suruç platform. 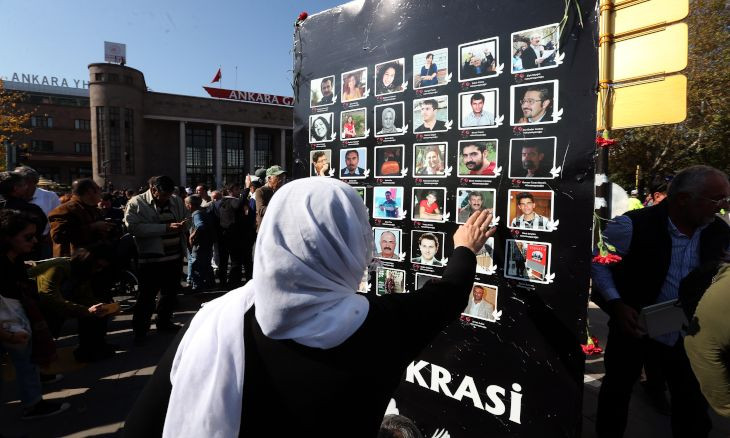 The Ankara massacre four years on: as the legal battles continue, so does the pain

In July of 2015, a group from the Socialist Youth Associations Federation (SGDF) headed to the town of Suruç, which lies near the Turkey’s border with Syria in the southeastern province of Urfa. The group was en route to the Syrian Kurdish town of Kobane, which was besieged by ISIS before being retaken by Kurdish People's Protection Units (YPG) in early 2015. The group intended to travel south to Kobane for the purpose of building infrastructure and supporting children in the battle-ruined town.

Abdurrahman Alagöz, a member of a Turkish ISIS cell, perpetrated the suicide bomb attack at a cultural center in Suruç where the group was to give a press conference. The attacked wounded 104 and claimed 33 lives.

The hearing held on May 20 was the 14th in the trial, occurring nearly five years after the deadly bombing. Two other suspects in the Suruç massacre are on the lam while three are dead, having killed themselves in other bomb attacks including the October 2015 suicide bombing in the capital of Ankara. That suicide bombing at the Ankara train station was the deadliest terror attack in Turkish history, killing 109 people, mostly from leftist groups.

Another suspect, Yakup Şahin, has listened to hearings via an electronic system, though he received a life sentence for his role in the 2015 Ankara attack. Despite demands from Tombul and other lawyers, Şahin has refused to appear at the hearings or even defend himself. 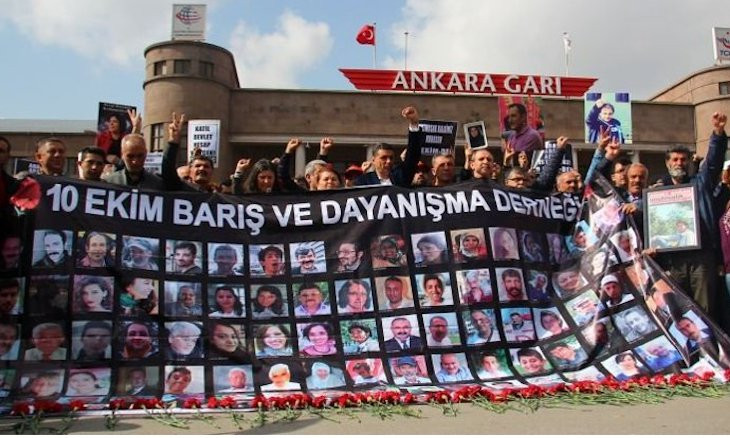 Tombul also claimed that the hearings are being held in a remote location to minimize public interest:

“The hearings are not even in Urfa. They are taking place at the prison complex in Hilvan an hour away from Urfa. Aside from the families of the victims and those wounded, most people are not allowed in. People are not allowed to make press statements at the entrance or exit to the court. There has been participation up until this point but as the hearings are extended, expectations wane and the public's interest in the case also gradually fades,” Tombul said.

The 2015 Suruç massacre was instrumental in the collapse of the ongoing peace process between the Turkish government and the Kurdistan Workers' Party (PKK), resulting in a period of heavy, destructive conflict in several provinces in the predominantly-Kurdish southeastern Turkey in 2015 and 2016.

The next hearing in the Suruç case has been scheduled for August 18.