An assailant has ripped off a cross outside Surp Krikor Lusavoriç Armenian Church in the Kuzguncuk neighborhood of Istanbul's Üsküdar district, Turkish-Armenian weekly newspaper Agos reported on May 27.

The security footage showed the incident happening on May 22, the church management said in a statement.

“It has been determined that an unidentified person, wearing green jacket, white shirt and jeans, came from the Beylerbeyi direction, looked at the church for a while from across the church, looked at the cameras, even stroke a pose, then in a sudden move climbed on the door, ripped off the cross and went in the direction of the pier,” said the statement.

In the security footage, the assailant is seen leaving the cross on the ground after ripping it off.

The church management said that they have filed a criminal complaint regarding the incident and put the cross back in its place. “Üsküdar Police Chief Mehmet Baykara and Üsküdar Security Chief Emin Aydos are handling the case,” the church said.

Istanbul police department reported on May 28 that the assailant was detained at his house.

The incident comes only a few weeks after a man attempted to burn the entrance door of Dzınunt Surp Asdvadzadzni Armenian Orthodox Church in the Bakırköy district on May 8. 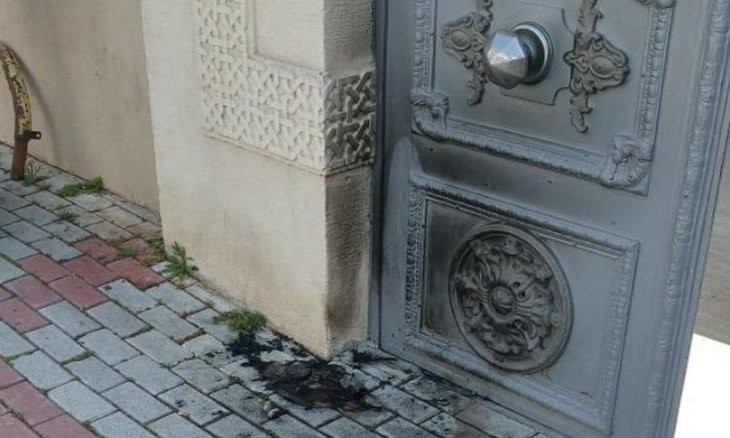