Turkish security forces have reportedly killed a 20-year-old man for smuggling cigarettes in the southeastern province of Van.

Erhan Görür was killed by soldiers in Van's Başkale district on June 14, with his family seeking justice.

"Is death the punishment for buying two cartons of smuggled cigarettes from the border?” Görür's cousin Engin Görür told Duvar.

The district lies near Turkey's border with Iran. Both legal and illegal trade across the borders is common.

The Kurdish issue-focused Peoples' Democracy Party (HDP) deputy Ömer Faruk Gergerlioğlu filed a parliamentary question for Defense Minister Hulusi Akar to answer regarding the circumstances of Görür's death, requesting that the details be shared with the public.

Engin Görür said that his cousin had called him and told him that he had been shot before succumbing to his injuries. Görür said that Erhan provided for his family of seven after his father passed away several years ago.

'May our youth no longer be killed'

“I'm calling upon all of the people of Turkey. Don't remain silent, do what you can to help us. Hear our voices. May our youth no longer be killed. We want justice,” he said.

“My cousin has two siblings with disabilities. He was looking after his mother and his seven siblings. If he wasn't forced to, would he have done this job? Who would want to do this job? He was forced to do so, there were no other jobs. They killed a cheerful person. You wouldn't find a single person to complained about him,” Görür said.

“No one deserves to die. Erhan definitely did not deserve to. We will pursue this matter until the end. Follow this situation together with us. Hear our voices so that others like Erhan don't die,” he added.

Among the parliamentary queries Gergerlioğlu posed to Akar were the number of civilians killed by security forces in the past five years, whether or not it was true that soldiers shot and killed Görür in Başkale's Kaşkol neighborhood and whether there was an investigation being conducted regarding the soldiers involved.

A friend of Erhan Görür, who was also shot, said that police tortured him after they shot him and told him they were going to kill him, Mesopotamia News Agency reported on June 19.

After spending five days in the intensive care unit of the Van Research and Training Hospital, Görür's friend Saim Yılmaz, 25, was moved into a regular room on June 18.

Yılmaz said that he can't remember the time of the incident, but remembers the soldiers stopping them with contraband cigarettes and dropping the cartons he was holding. 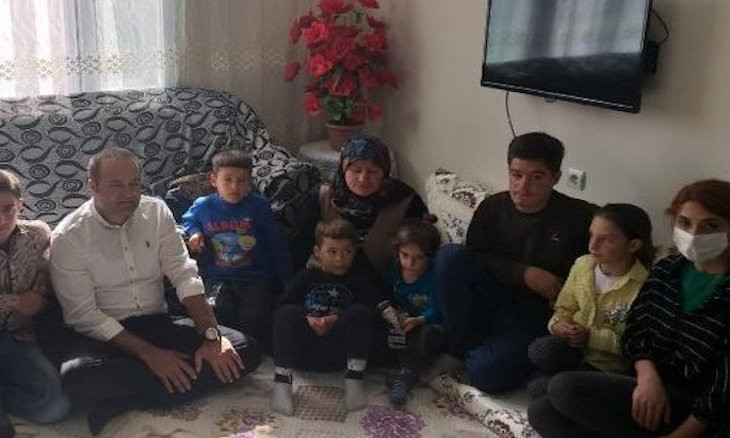 "They started hitting us with the butt of their guns. They fired shots on us even though we stopped. After the soldier caught me, he put me on the ground and stepped on my arm. When I asked what he was doing he said 'You're a terrorist, I'm going to kill you,'" Yılmaz said.

Yılmaz said that he thinks he would have died if he hadn't called the village head during the incident.

"They shot my friend in front of my eyes."

Yılmaz said that while a soldier was stepping on his gunshot wound in his arm, he heard one of the soldiers say they were going to sleep comfortably that night because they killed two terrorists.

"What kind of justice is this? Where's the law for this? They shot at me with bullets. They hit my wounded arm with their feet and guns. My veins felt like they were exploding when they stepped on my arm. I can't use my hand right now."

Yılmaz said that Görür and him were going to the border to pick up contraband cigarettes that they would sell to make up for their losses from the devastating earthquake of 2011.