The death toll from July 3 explosions at a fireworks factory in northwestern Turkey rose to seven, said the Sakarya Governor's Office on July 6.

Earlier, there were six fatalities while a person was reported missing. Later, the missing person was found dead, raising the tally to seven, the local governor's office in a written statement.

Sakarya Governor Çetin Oktay Kaldırım told reporters on July 5 that the number of injured being treated in hospitals has dropped to five, including one seriously wounded.

A total of 117 patients have been discharged from hospital after receiving treatment for injuries at the factory.

Kaldırım conveyed his condolences to the families and loved ones of the deceased and to the entire nation.

"The search for one missing person continues. Works are ongoing," he said.

Two people killed in the blasts were laid to rest on July 4, while two other victims were identified, Kaldırım said earlier.

The incident is being seriously investigated by the authorities, he said.

He said over 1,000 personnel from the Disaster and Emergency Management Authority (AFAD), National Medical Rescue Team (UMKE), and other units have worked at the scene with 190 vehicles and five specially trained dogs.

Kaldırım also said he visited residential areas near the factory damaged by the blast, and damage assessment is ongoing.

A total of four suspects were detained after prosecutors issued arrest warrants, including the factory manager in charge and two foremen on July 4, and an occupational safety specialist on July 5. 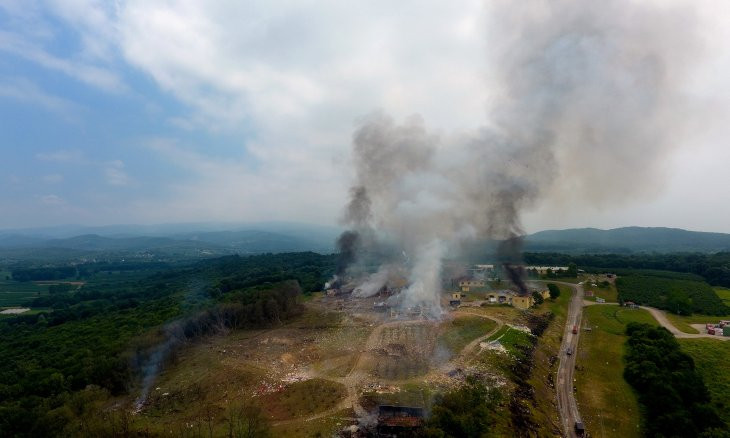