La France from New York sent the letter to Atatürk when he was 10 years old, to which Atatürk replied back on Oct. 28, 1923.

The U.S. citizen delivered the letter to the Culture Ministry in 1998 during a visit to Turkey in order for it to be displayed in Anıtkabir, the maouseloum of Atatürk, but the letter was lost afterwards.

CHP lawmaker Mustafa Adıgüzel searched for the letter in Anıtkabir, but couldn't find it anywhere, including its archive section.

He then submitted two parliamentary questions on Nov. 7, 2019 to Vice Presidency and Culture Ministry, before meeting with İstemihan Talay, the culture minister at the time La France delivered the letter.

Adıgüzel received a response to his parliamentary questions in March, which said that the letter is on display at the Second Parliament of Turkey, which is a museum, in the capital Ankara.

The lawmaker visited the museum and shared pictures of it on social media.

"Mr. Curtis La France, I received your letter. Thank you for your interest in and kind wishes regarding Turkish homeland. I'm sending you a picture of mine upon your request," Atatürk said in the letter.

"My advice to the intelligent and hardworking children of the United States is to not perceive everything they hear about Turks as true and attach importance to basing their opinions on scientific and sound examinations. I wish you success and happiness," the letter also read. 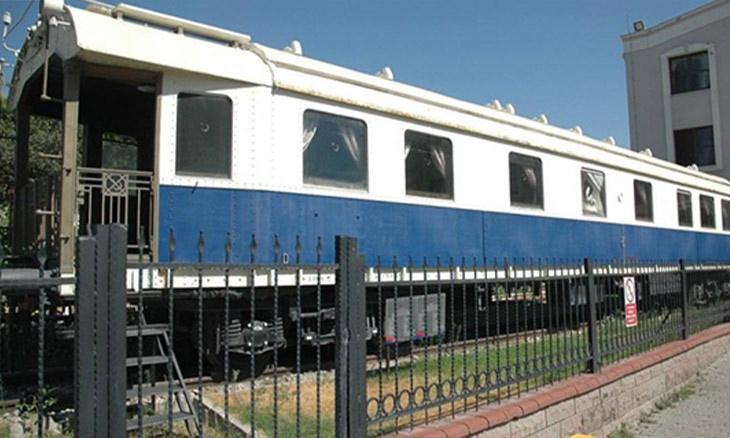