Ancient mosaics were once again veiled in Istanbul's historic Chora Museum that will be opened to Muslim prayer on Oct. 30, months after the conversion of the iconic Hagia Sophia into a mosque.

Istanbul Municipality Deputy Secretary General Mahir Polat shared photographs of the 4th-century structure, where the mosaics were boarded up extensively.

"The covering up of the frescos and the mosaics in Chora, considered masterpieces in art history, was unqualified to the point of destroying the structure's character and artistic value," Polat tweeted along with photos of the museum's new state.

A presidential decree dated Nov. 11, 2019 reverted the structure's allocation as a museum, owned by the Education Ministry, transferring ownership to the Directorate General of Religious Affairs (Diyanet).

A separate decree to allow worship in Chora Mosque was released on August 21, and the first prayer was scheduled for Oct. 30. 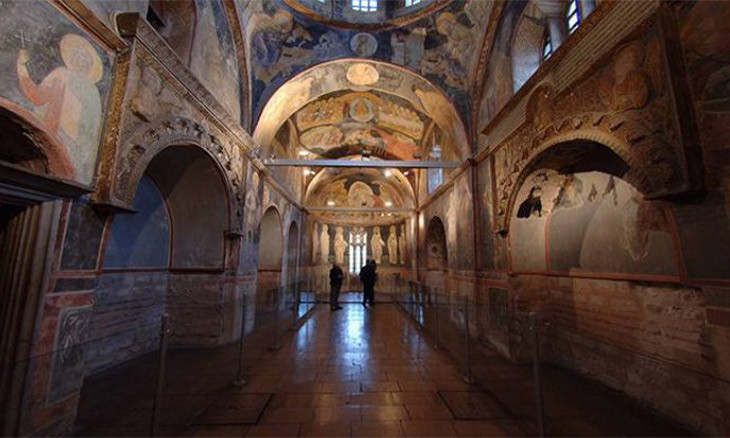