Agriculture and Forestry Minister Bekir Pakdemirli was slammed for "making a PR stunt" after talking on the phone with a woman under debris in front of many cameras in earthquake-hit İzmir on Oct. 30.

Pakdemirli took the phone from a member of the rescue crew and started talking to a woman named Buse, as he also stood on the top of the debris, which puts lives of those under it in danger.

The conversation was slammed by social media users for being lengthy, since the woman's life was depending on the pace of the rescue efforts.

They also said that the talking should have been left to a professional.

The Aegean province of İzmir was hit by a 6.6 magnitude earthquake on Oct. 30, causing injuries.

Turkey's Disaster and Emergency Management Authority (AFAD) said the quake occurred at 2.51 p.m. local time (1151GMT) at a depth of 16.54 kilometers (around 10 miles).

Meanwhile, the United States Geological Survey (USGS) placed the magnitude at 7.0, and aftershocks continue to jolt the region. 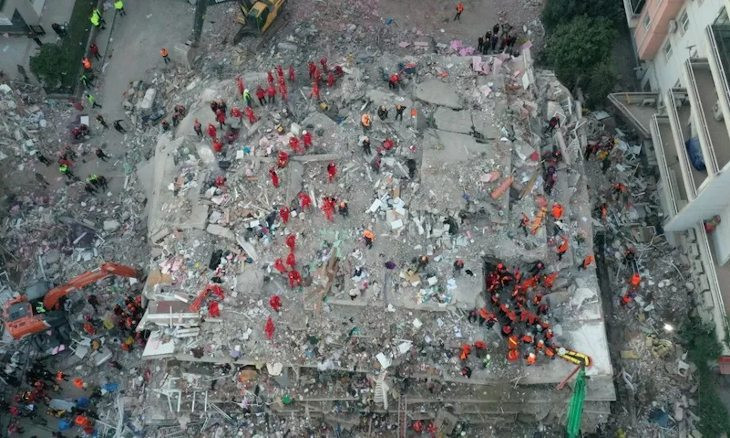