Dutch lawmakers have called on the government to ban a Turkish ultra-nationalist group known as the Grey Wolves, following similar moves in Germany and France, BBC's Turkish service reported on Nov. 20.

MPs accused the Grey Wolves, seen as a wing of Turkey's Nationalist Movement Party (MHP), of “causing a serious tension within the Dutch community and setting different factions against each other.”

The MPs backed a motion asking the government to ban the group and also to pressure the European Union to undertake a similar move.

The motion was accepted with 147 votes out of a total 150 MPs in the House of Representatives. The proposal will now be sent to the Senate where a similar voting procedure will take place.

The DENK party, founded by two MPs with Turkish roots, was the only party that did not back the motion. The party's chair for Arnhem city, Yıldırım Usta, described the motion as a “witch hunt against Turks.”

Earlier this week, the German parliament passed a motion calling for the Grey Wolves to be banned, shortly after France said it would outlaw the group.

Germany’s Interior Ministry will now investigate the group’s activities and decide whether it will be banned or not.

The reaction against the group intensified after its members defaced genocide monument in France earlier in November.

Armenian memorial near Lyon was tagged with pro-Turkish slogans including “Grey Wolves” and “RTE” in reference to Turkish President Recep Tayyip Erdoğan.

The group is considered to be the MHP's militant wing and caused havoc on the streets in Turkey during the 1970s and 1980s. 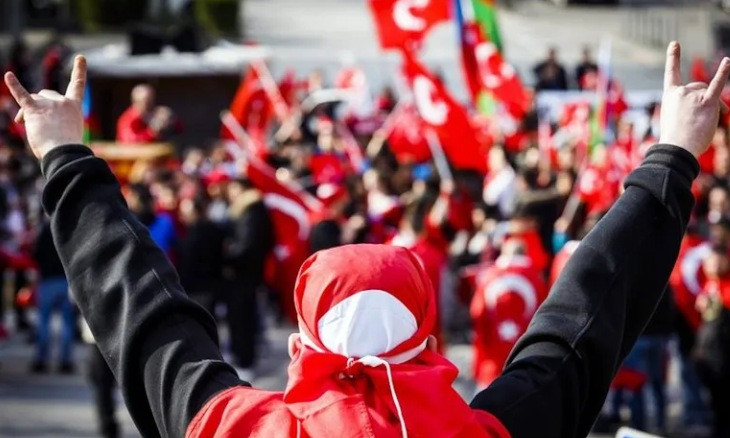