The European Court of Human Rights (ECHR) on May 18 ordered Turkey to pay 8,058 euros in compensation to Amedspor, the football team of the Kurdish-majority province of Diyarbakır, and its former player Deniz Naki over violation of freedom of expression and right to a fair trial.

The case concerns the sports sanctions and financial penalties imposed on Amedspor and Naki by the Arbitration Committee of the Turkish Football Federation (TFF) on account of statements made on social media.

Following Amedspor's victory against Bursaspor in 2016, Naki took to social media and devoted his team's success to those who were killed or injured during the government's operations against the Kurdistan Workers' Party (PKK) in southeastern Turkey.

In return, the TTF gave a 12-game ban to Naki and handed a total of 19,500 liras in fines to Amedspor on the grounds that the footballer's post was “ideological propaganda and violated sportsmanship.”

As the decisions of the TTF's Arbitration Committee are not subject to domestic judicial review, Amedspor took the case to the ECHR.

In its ruling on May 18, the ECHR said that the applicants should be awarded jointly 6,058 euros in pecuniary damages, this sum corresponding to the amount of the disciplinary fine imposed on Amedspor.

Naki was also the subject of a criminal investigation in Turkey over his social media post in question. In 2017, he was handed an 18 month suspended jail sentence on charges of “promoting terror propaganda.” 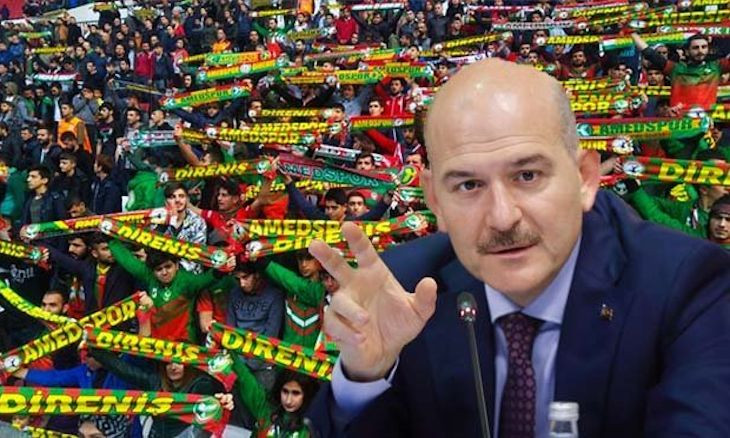