Turkey will be the country to emerge from this process as the one with the most positive gains, Treasury and Finance Minister Berat Albayrak said on March 19, as he commented on the effects of the coronavirus pandemic on Turkish economy.

"Turkey entered this global process as one of the most prepared countries. God willing, it will be the country to emerge from this process as the one with the most positive gains," Albayrak told state-run Anadolu Agency in an interview, adding that uncertainty about the global supply chain generated by the pandemic represented an opportunity for Turkey.

Saying that Turkey has been experiencing extraordinary days in the past seven years, Albayrak, who is also President Recep Tayyip Erdoğan's son-in-law, noted that the Turkish economy grew more experienced as a result.

He also said that he had "no concerns" about Turkey's ability to meet its economic growth, budget and inflation targets for 2020 despite expectations of a potentially severe global recession due to the coronavirus.

Albayrak noted that Turkey’s economic growth will exceed expectations in the first quarter with a slight slowdown in March. 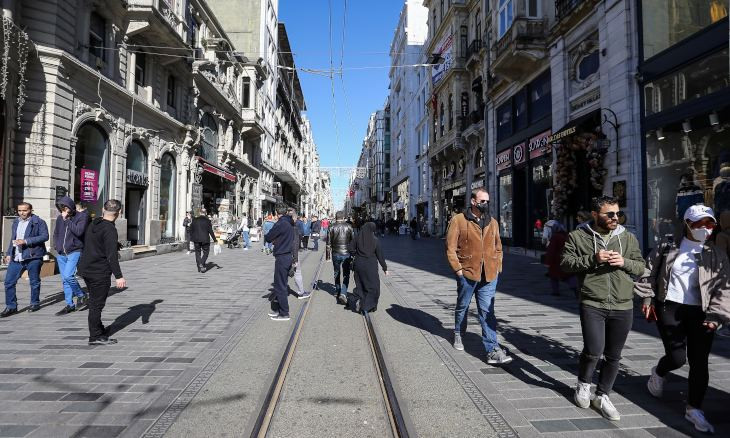 “I do not expect Turkish economy to face risks for now," the minister said.

“Turkey prioritizes measures to keep a solid economy in line with 2020 targets,” he added.

The finance minister ruled out a possible curfew in the country as a preventive measure against coronavirus.

Giving details about a 100-billion Turkish lira ($15.4-billion) coronavirus relief package announced on March 18, he said it will provide a 50- to 60-billion lira ($8-9-billion) liquidity to markets over the next three months.

Albayrak also said that a 9 percent fall in the Turkish lira this year will not seriously lift inflation, which Ankara expects to dip toward year end from above 12 percent last month.