Turkish Airlines (THY) observed an almost 65 percent drop in travelers in August, from a year ago, with only 2.6 million traveling with the flagship carrier, the company said on Sept. 10. 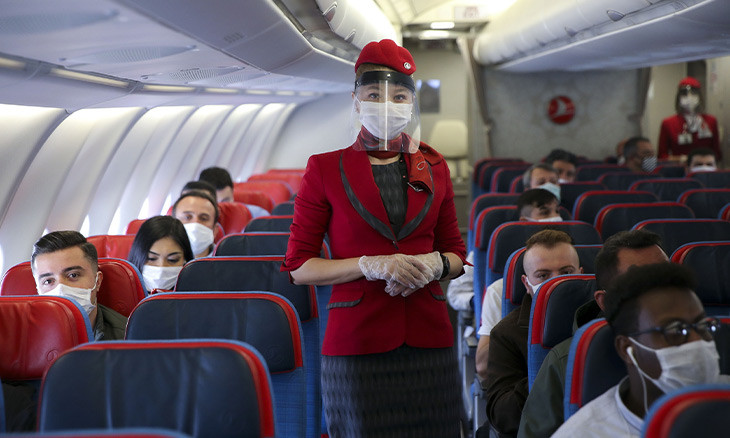 Domestic flights saw a smaller drop of 47.1 percent, while international flights shrank by 75.4 percent, THY said.

The occupancy rate of the airline dropped by 17.2 percent from August 2019 for 67.6 percent in August, with domestic flights having a higher occupancy rate than international flights.

Meanwhile, the number of THY's travelers dropped by 61.3 percent from 2019 between January and August, with only 19.24 million passengers flying with the carrier.

The amount of cargo that the airline carried between January and August saw a minor drop of 3.3 percent, as THY resumed cargo operations even during the months-long pause in commercial flights within COVID-19 precautions.