Turkish Energy Minister Fatih Dönmez said on Oct. 22 Turkey will operate the gas field which it recently discovered in the Black Sea on its own, but it may cooperate with foreign firms in terms of detailed work and equipment. 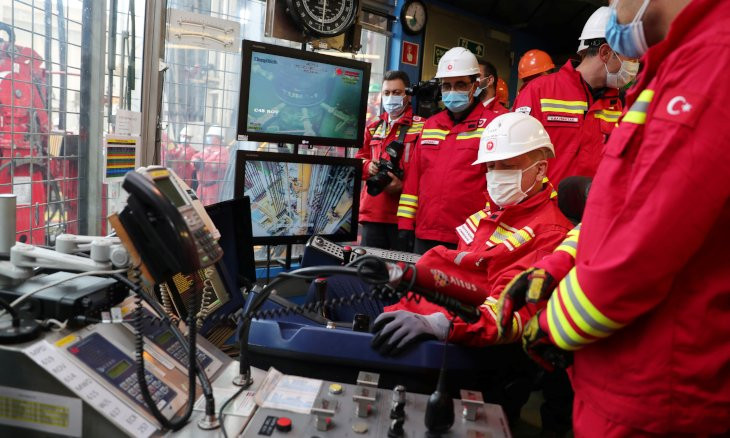 Dönmez also said that it will take three years for the gas to reach Turkish consumers. He said that this gas will meet the consumption of Turkish households for about 25 years.

“The production period will take three years. And then there will be a production plan lasting 25-30 years. We can say confidentially that this gas will meet the Turkish households' demand for almost 25 years,” Dönmez said at an interview with broadcaster A Para.

The minister's comments came after President Recep Tayyip Erdoğan said on Oct. 17 Turkey had raised the estimated reserves of the field to 405 billion cubic meters after finding an additional 85 bcm.

“Asa result of testing, analysis and detailed engineering work, another85 billion cubic meters were added to the reserves we haddiscovered,” Erdoğan said after his inspections at the drill shipFatih on Oct. 17.

Hesaid the discovery came at the depth of 4,445 meters.

Erdoğan had previously announced in August that the field contained 320 billion cubic meters of gas.