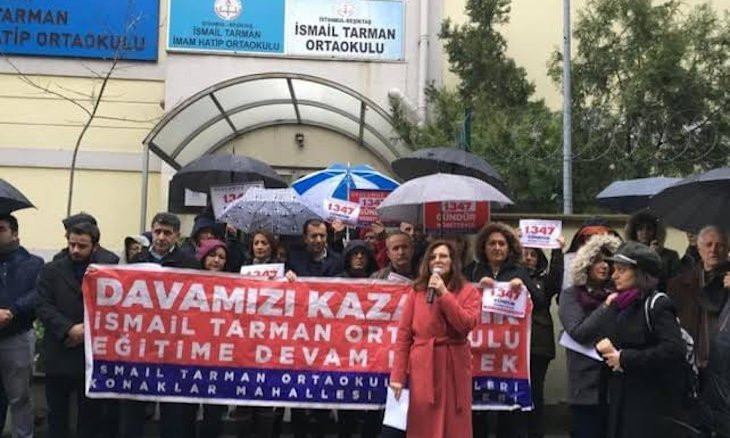 İsmail Tarman Middle School in Istanbul's Beşiktaş district has been closed for two years despite four court decisions that revoked its status as a religious İmam Hatip school and paved the way for its reopening.

The school was converted into a religious İmam Hatip school in 2016, despite the fact that parents from the neighborhood gathered 8,000 signatures in opposition of the transformation.

Parents of the school's students have held daily demonstrations for more than 1,500 days in front of its entrance, demanding that the court's verdicts be enforced.

The middle school was shuttered in 2018, and an Istanbul court most recently ruled to definitively reject the appeals of the Istanbul and Beşiktaş governor's office that sought to preserve the school's İmam Hatip status.

That ruling should have enabled for the school's reopening as a standard middle school, but the court's decision has not been enforced and the school's doors remain closed.

More than 4,000 religious schools have been opened throughout Turkey since President Recep Tayyip Erdoğan's ruling Justice and Development Party (AKP) came to power in 2002, as part of the government's effort to raise a pious generation.

However, the schools are increasingly unpopular and students who attend them tend to perform lower academically on average than secular-oriented schools.

Many poor students in Turkey are forced to attend these İmam Hatip schools due to a lack of options where they live or based on unsatisfactory performance in entrance exams. 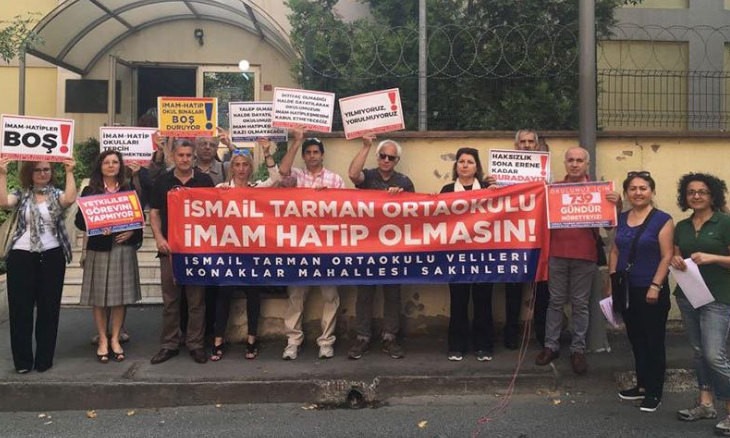