Turkish authorities have imposed an administrative fine of 57,240 Turkish Liras (approximately $8,000) on a group of environmentalists who have been camping in Kaz mountains in Turkey's northwestern province of Çanakkale in a bid to protest the degradation of the surrounding forest by a mine company.

The Turkish authorities have cited the Covid-19 pandemic as the reason of the administrative fine given to the environmentalists who have been at the protest camp for the last 288 days. 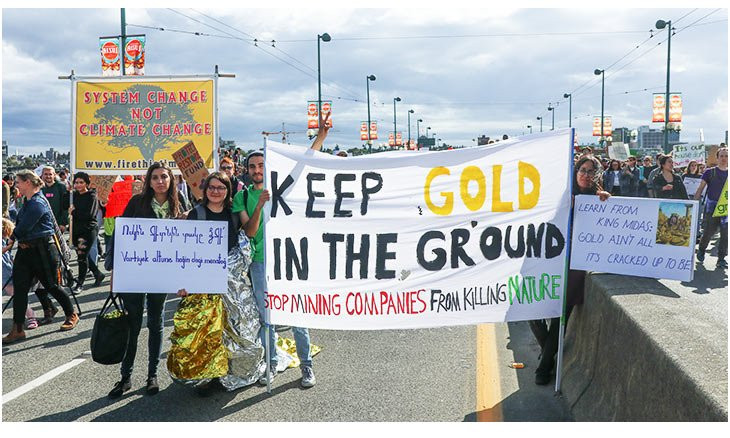 “We had already isolated ourselves during the epidemic period. Despite this, the governor's office has imposed a fine as per the Misdemeanor Law. The law says, 'Rules and misdemeanors have been indicated for the purpose of protecting social order, public morality, public health, environment and economic system,” Ferzan Aktaş, one of the activists at the protest camp, said in a video released on May 8.

“We are here for the last 288 days to protect the environment. With our action, not only are we protecting the environment and public health, but also we are acting morally and also protecting social order and life. Also, as for the economic order, we do not want this area, whose economy is based on agriculture, to be destroyed with savage mining activities. Therefore we are not acting against the Misdemeanor Law,” Aktaş said, adding that they will appeal the fine.

Aktaş once again emphasized that they were not at the camp “to picnic,” but “were on guard” to make sure that Canadian-owned mining company Alamos Gold does not destroy more of the forest.

“If there is one who committed misdemeanor, it is those who are not protecting the nature; and if there is a crime, it has been committed by companies that have slaughtered the environment,” she said.

Alamos Gold in October suspended its activities of extracting gold from the mine after its license was not renewed. It said at the time that the concessions expired on Oct. 13 and work cannot resume until they are renewed.

The mining project was the source of a significant controversy and mass protests during this summer due to the severer environmental damage and deforestation caused by the company.

Although the suspension of mine operations was seen as a victory for concerned citizens, environmentalists are still worried that the Turkish Energy Ministry can renew the concessions anytime, leading to the company to resume its works. They fear that mining operations will escalate after their camp is cleared.

Aktaş had previously said that mining company employees were standing at the area, with vehicles parked. “On Oct. 13, the company's 10-year-old license was not renewed, but it was not revoked either. The company is still maintaining its presence with security officials and machinery. We will continue to stand guard until they leave,” she had said.