A fire that broke out in Turkey’s northwestern Çanakkale province on July 6 scorched through 450 hectares of land.

The area affected by the blaze included farm land, as well as forests.

No casualties have been reported so far, which erupted in Gelibolu district, Agriculture and Forestry Minister Bekir Pakdemirli said on July 7.

“It is gratifying that there is no loss of life. There are damages that we see in effected areas,” Pakdemirli said.

Although the cause of the fire is unknown, it is thought to have erupted due to human error, the minister added.

Maritime traffic in the Dardanelles, a strait in Çanakkale remains suspended due to the fire. 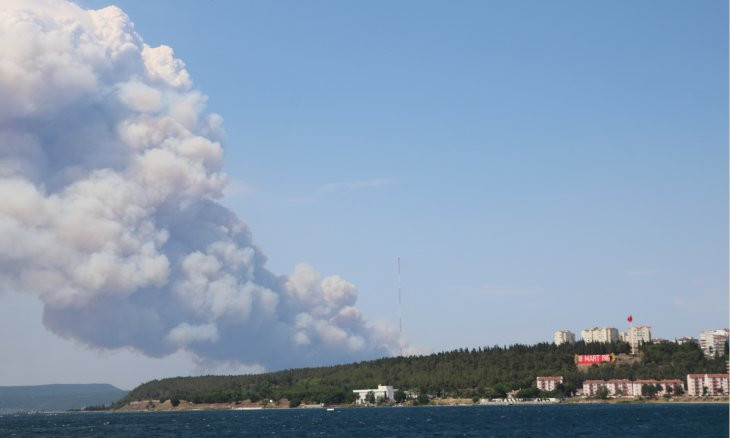