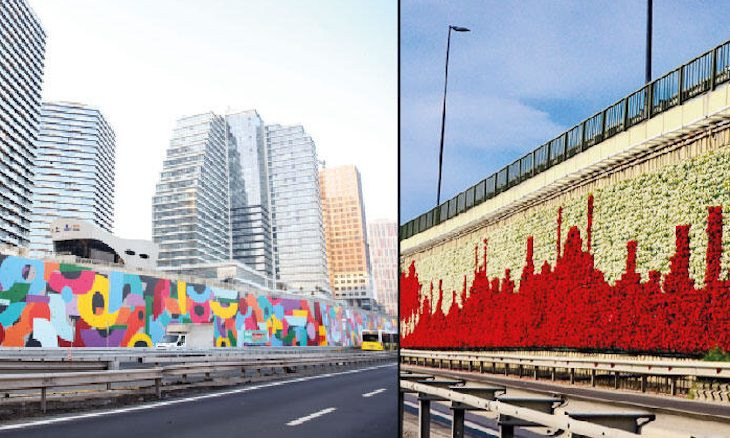 Istanbul politicians in heated debate over removal of vertical gardens

Istanbul Municipality proposed the installment of ivy as a compromise in the ongoing debate about the removal of vertical gardens across the city on the grounds that they had limited ecological benefits, but large financial costs.

Installed by the previous municipal administration under the ruling Justice and Development Party (AKP), the vertical gardens across the city were designed as barriers against emissions and sound pollution.

Main opposition Republican People's Party (CHP) prompted protest from local politicians when they decided to replace the vertical gardens that reportedly cost more than 90 million liras in the past decade.

As Istanbul Municipality initially proposed to replace all vertical gardens with murals, some critics of the removal opposed the project with "environmental concerns."

In an Oct. 19 statement, Istanbul Municipality Parks, Gardens and Green Spaces Director Prof. Yasin Çağatay Seçkin said that they would continue efforts to create green spaces in the city.

"We will plant ivy and other climbing plants in place of vertical gardens where there is soil for planting," the director noted.

The municipality will prioritize the removal of vertical gardens that have been eroded, and are no longer efficient to maintain, Seçkin added.

Ivy and other plants will be the primary form of renovation for the vertical gardens, and murals will be created only in spots where it's impossible to create greenery, the director said.