Some 20 non-governmental organizations from Istanbul came out in protest of the municipality's rearrangement of Taksim Square on the grounds that the search for a new landscape had been rushed, and that the public had been excluded from the process as a result.

Istanbul Municipality held a design contest for potential landscapes for Taksim Square that yielded three final projects on Sept. 20, which were offered up to the public for voting.

The 20 organizations, including the Istanbul Medical Chamber and the Istanbul Chamber of the Union of Chambers of Turkish Engineers and Architects Chambers (TMMOB), said that the competition was a good method of including stakeholders in the process.

"However, the competition was squeezed into a short-term, rushed schedule that didn't allow for the concerned professional and civil organizations to effectively take part in the process," the statement said.

The organizations also noted that the design competition for Taksim Square had been overshadowed by the COVID-19 pandemic as the finalists were released around the same time as the initial outbreak.

"The public's involvement at the last stage made it impossible to convey democratic requests about Taksim Square to the competing designers," the statement added.

Taksim Square has been exposed to numerous illegal interventions in recent years, the organizations noted, adding that the public square was cut off from surrounding Gezi Park, and that the Atatürk Culture Center (AKM) was eliminated.

The competition would have been able to prevent "irreversible urban crimes" against Taksim Square by mandating the projects include Istanbul Municipality's political ideology and expectations, the organizations noted.

The implementation of the top-voted design project risks eroding Taksim Square's identity and heritage, the statement noted, urging the inclusion of all public entities in the remainder of the process. 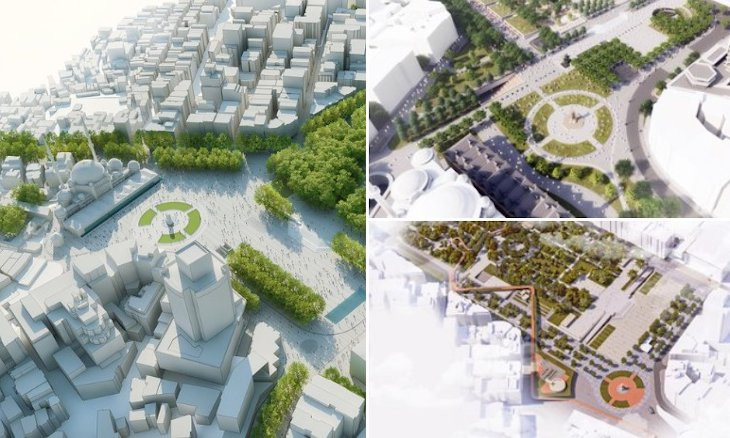