President Recep Tayyip Erdoğan's statement that one doesn't ask the central bank about funds' fate brought around a debate on the different answers the president gave to the public when asked about the $128 billion that went missing from the central bank's FX reserves during Treasury and Finance Minister Berat Albayrak's tenure.

The main opposition Republican People's Party (CHP) has been running an intense awareness campaign about the missing funds for months, which the president and his ruling Justice and Development Party (AKP) have maintained is misinformation.

Banners and posters hung up by the CHP asking "Where are the $128 billion?" have been taken down by law enforcement across the country.

On June 1, President Erdoğan said in a special presidential broadcast on state broadcaster Turkish Radio and Television (TRT) that the main opposition didn't have the right to question the location of the funds.

"They keep asking 'Where did the 128 billion go?' You don't ask the central bank where its money went, do you now? Unfortunately, this bunch considers themselves to have the right to ask. They don't have bookkeeping, they don't understand this business," the president said.

Erdoğan said that the country went through multiple disasters in the past year and a half spent under the effect of the COVID-19 pandemic, noting the earthquakes that jolted İzmir and Elazığ provinces.

"They never ask where we find the money to compensate for these," the president said.

On April 21, the president gave a rare itemized list of spendings carried out by the state during an AKP group meeting in parliament when he noted four items that added up to $165 billion.

"The last two years saw $30 billion out of central bank reserves used for financing of account deficits. Foreign capital outflow totaled up to $31 billion. The industry required up to $50 billion to cover its foreign currency debts. Our citizens bought $54 billion in dollars and gold," the president said.

On March 10, Erdoğan said in a group meeting that "nothing had gone missing" and that the CHP's insistent questioning was pointless.

On Feb. 22, the president had said that the country had $95 billion in foreign exchange reserves while speaking at a provincial AKP congress in İzmir.

On Feb. 24, Erdoğan said that the foreign currency reserves sought by the main opposition had mostly been used to combat the COVID-19 pandemic while speaking at an AKP group meeting in parliament.

"We didn't allow those who wanted to create financial turmoil with the pandemic, by using all tools available to us. A majority of the foreign currency reserves [CHP leader Kemal] Kılıçdaroğlu keeps asking about," the president said. 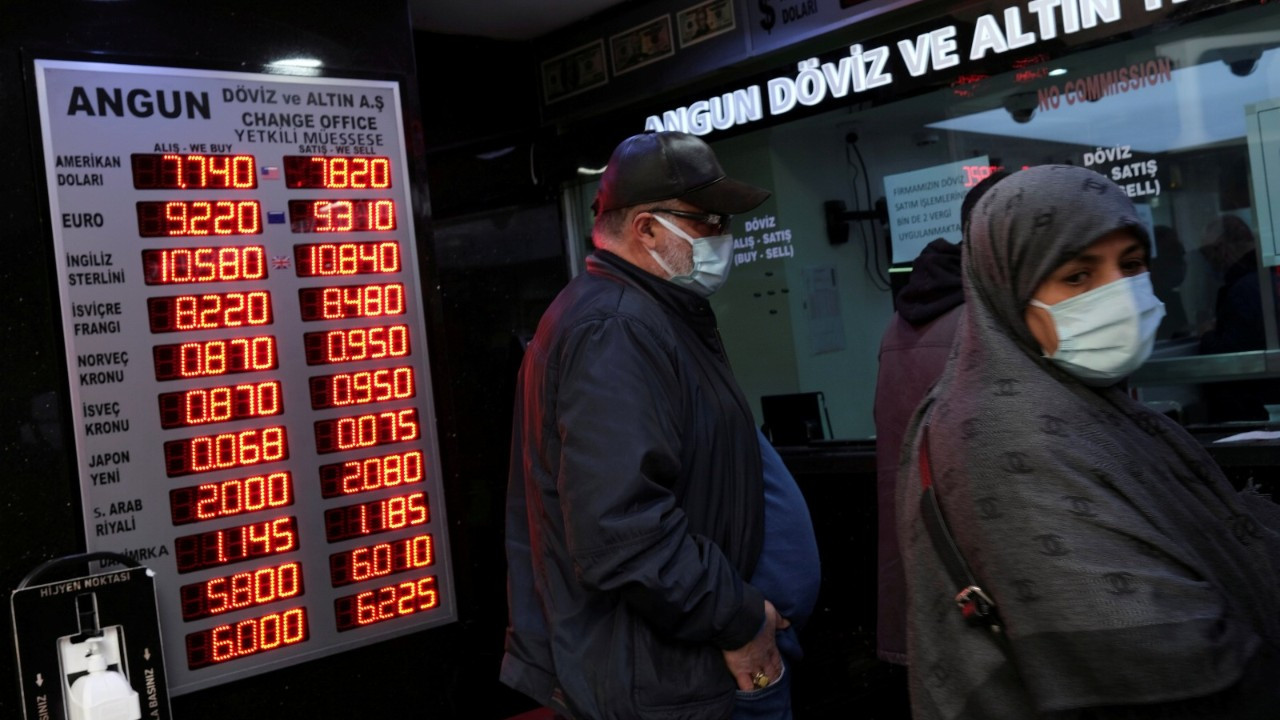