European leaders criticized what they called Turkey's baffling and concerning decision to pull out of an international accord designed to protect women from violence, the Istanbul Convention, and urged Turkish President Recep Tayyip Erdoğan to reconsider.

Erdoğan on March 20 withdrew from the Istanbul Convention, which it signed onto in 2011 after it was forged in Turkey's biggest city, with a midnight decree. Turkey said domestic laws, not outside fixes, would protect women's rights.

The Council of Europe accord pledged to prevent, prosecute and eliminate domestic violence and promote equality. Killings of women have surged in Turkey in recent years and thousands of women protested on March 20 against the government's move in Istanbul and other cities.

Germany, France and the European Union responded with dismay - marking the second time in four days Europe's leaders have criticized Ankara over rights issues, after a Turkish prosecutor moved to close down a pro-Kurdish political party.

"We cannot but regret deeply and express incomprehension towards the decision of the Turkish government," EU foreign policy chief Josep Borrell said late on March 20.

It "risks compromising the protection and fundamental rights of women and girls in Turkey [and] sends a dangerous message across the world," he said. "We therefore cannot but urge Turkey to reverse its decision."

The #IstanbulConvention aims at ensuring essential legal protection to women & girls across the world.
We cannot but regret deeply and express incomprehension towards the decision of the Turkish government to withdraw from this convention. We urge Turkey to reverse its decision. https://t.co/wnXcJ1pXAU

European Commission President Ursula von der Leyen - who spoke with Erdoğan a day before Turkey ditched the pact - tweeted on March 21: "Women deserve a strong legal framework to protect them," and she called on all signatories to ratify it.

Violence against women is not tolerable.

Women deserve a strong legal framework to protect them.

I support the #IstambulConvention and call on all signatories to ratify it. https://t.co/1skNsXaEQH

"This move is a huge setback to these efforts and all the more deplorable because it compromises the protection of women in Turkey, across Europe and beyond," Secretary General Marija Pejcinovic Buric said.

The Council of Europe accord, called the Istanbul Convention, pledged to prevent, prosecute and eliminate domestic violence and promote equality. Turkey signed it in 2011 but femicide has surged in the country in recent years.

No reason was provided for the withdrawal in the Official Gazette, where it was announced in the early hours of March 20. But top government officials said domestic law rather than outside fixes would protect women's rights.

The convention, forged in Turkey's biggest city, had split Erdoğan's ruling Justice and Development Party (AKP). Last year, officials said the government was mulling pulling out amid a row over how to curb growing violence against women.

Some are also hostile to the Convention's principle of gender equality and see it as promoting homosexuality, given the pact's non-discrimination on grounds of sexual orientation.

"Preserving our traditional social fabric" will protect the dignity of Turkish women, Vice President Fuat Oktay said on Twitter. "For this sublime purpose, there is no need to seek the remedy outside or to imitate others."

Critics of the withdrawal have said it would put Turkey further out of step with the European Union, which it remains a candidate to join. They argue the convention, and related legislation, need to be implemented more stringently.

Paris said Turkey's withdrawal marked a new regression in respect for human rights, while Berlin said neither culture, religion nor tradition could "serve as an excuse for ignoring violence against women."

Turkey is not the first country to move towards pulling out of the accord. Poland's highest court scrutinized the pact after a cabinet member said Warsaw should quit a treaty that the nationalist government considers too liberal.

Erdoğan's decision comes after he unveiled judicial reforms this month that he said would improve rights and freedoms, and help meet EU standards. Talks over Turkey's membership in the bloc have been halted for years over policy differences and Ankara's record on human rights.

The diplomatic strain comes after Europe and the United States this past week said the move to close down parliament's third-largest party, the pro-Kurdish Peoples' Democratic Party (HDP), undermined democracy in Turkey.

In their video call on March 19, Erdoğan, Von der Leyen and European Council President Charles Michel discussed a dispute, which has cooled, over offshore resources in the eastern Mediterranean.

An EU summit this week will address relations with Ankara. 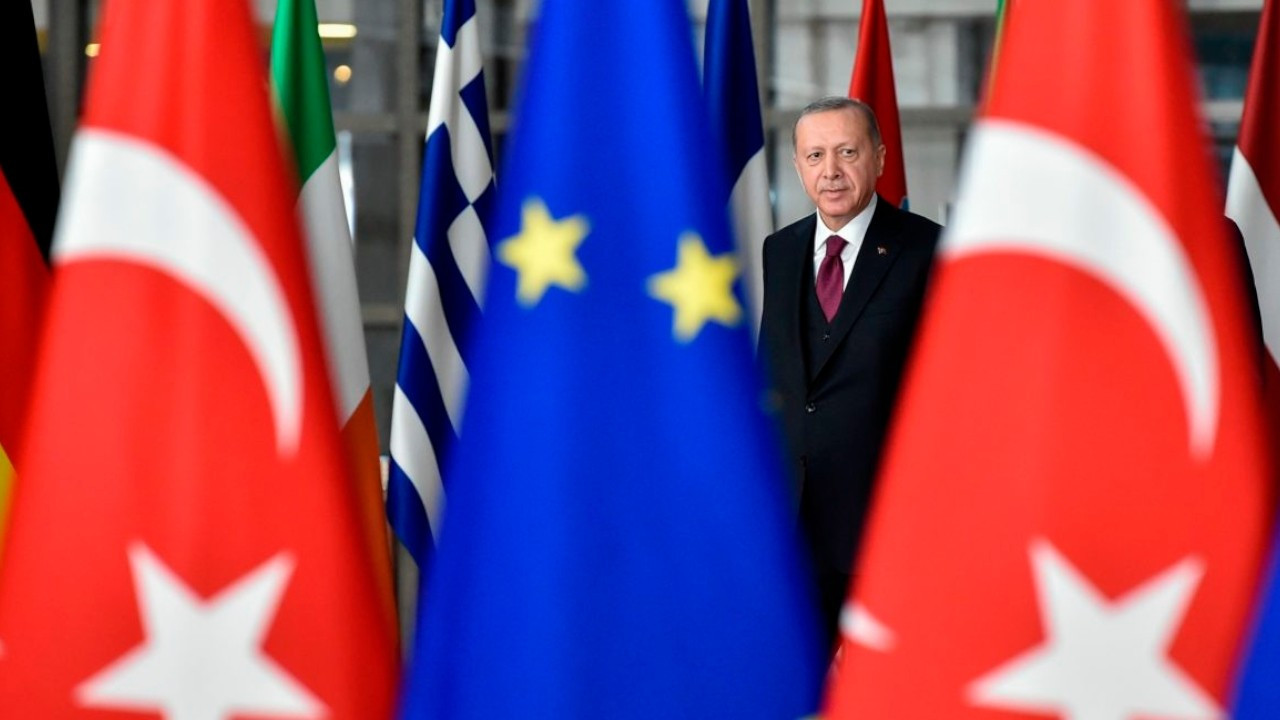