Homeland Party leader Muharrem İnce has announced that he has been sentenced to five months in prison on charges of “resisting to prevent the fulfillment of a public official's duty.”

The final hearing of the case took place at the Silivri 4th Penal Court of First Instance on Sept. 8. The charges against İnce, who is also the main opposition Republican People's Party (CHP)'s former presidential candidate, stem from his 2013 attendance to a hearing of the Ergenekon case in Istanbul's Silivri district.

An argument broke out at the said hearing and İnce pushed a lieutenant on duty in the courtroom, as the lieutenant was trying to intervene.

Afterwards, a public case was launched against İnce on charges of “resisting to prevent the fulfillment of a public official's duty,” with prosecutors asking for up to three years in prison.

During the hearing on Sept. 8, İnce's lawyer Mustafa Çiçek said that members of the courtboard that oversaw the Ergenekon case were dismissed from their duty on charges of belonging to the Gülen network and the relevant lieutenant had not himself filed a criminal complaint against İnce.

“If the demand [of prosecutors] is accepted by the court, the decision will leave its dark stain on the Turkish political history,” the lawyer said. 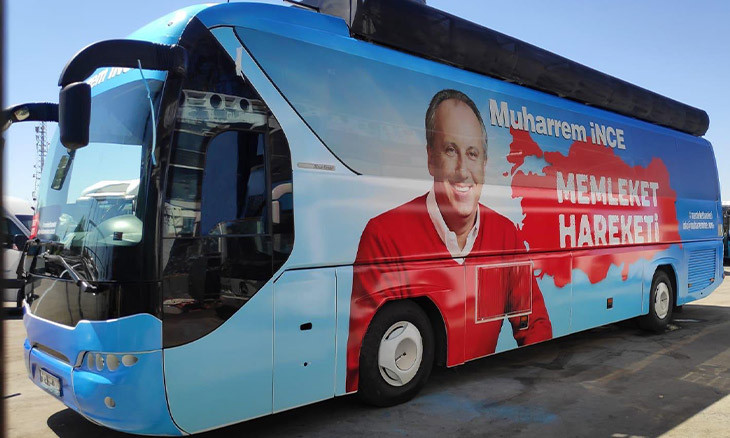