Former Finance and Treasury Minister Berat Albayrak has resigned from his position as the deputy chair of Turkey Wealth Fund (TVF), said a statement released by the Turkish Presidency on Nov. 27.

The statement said that President Recep Tayyip Erdoğan accepted Albayrak's resignation and appointed Ahmet Burak Dağlıoğlu as a new member in the Turkish fund's board. Dağlıoğlu, a graduate of Kartal Anatolian İmam Hatip High School, had been appointed as the head of Turkey's presidential investment office in February.

The presidency also said that Arda Ermut also resigned from his position as a board member of the TVF. Ermut had been appointed a board member at the TVF in September 2018. He served as the head of the presidential investment office before being replaced by Dağlıoğlu.

Earlier in November, the Peoples' Democratic Party (HDP) had raised the position of Albayrak in the TVF, asking why he has not still resigned.

“Why is this person who has brought the economy to this point still maintaining his role as the deputy chair of the TVF? Is this a joke?” HDP MP Saruhan Oluç had asked.

The government set up the TVF in 2016 to develop the value of Turkey’s strategic assets and provide investment resources.

In 2018, Erdoğan appointed himself as chairman of the TVF and completely changed its board, naming his son-in-law Albayrak as his deputy. The revamp was the latest in a series of steps Erdoğan took to assume new powers since he won the June 2018 presidential elections.

On Nov. 8, Albayrak announced his resignation as the treasury and finance minister amid escalating fallout over Turkey's collapsing economy and plunging currency. His resignation came a day after Erdoğan replaced the governor of Turkey’s central bank. 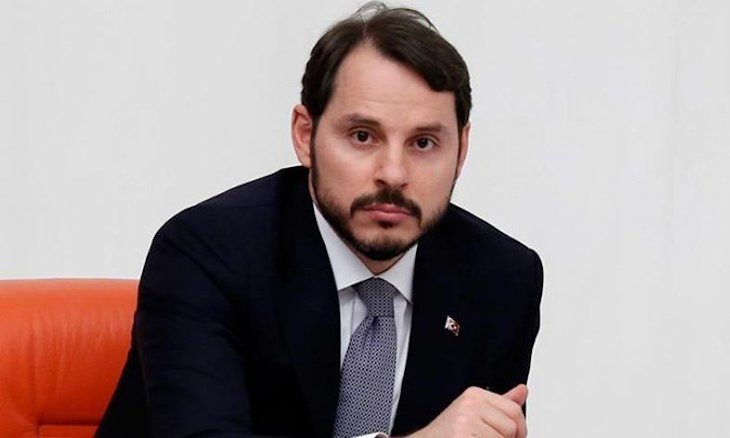