Greece's foreign ministry said on Feb. 7 images showing a band dancing to electronic music at the former Orthodox Christian Sümela Monastery in Turkey were "offensive" and "a desecration" of the monument.

The ministry called on Turkish authorities "to do their utmost to prevent such acts from being repeated" and to respect the site, a candidate for UNESCO's list of world heritage sites.

"The recent images that were displayed on social media, in which a foreign band seems to be dancing disco in the area of​​the Historical Monastery of Panagia Soumela, are a desecration of this Monument," it said.

The Greek foreign ministry's statement came after a video posted on social media showed a DJ named Ahmet Şenterzi and his team shooting a promotional video at the monastery, with a special permission received from the Trabzon Governor's Office and provincial Culture and Tourism Directorate.

Founded in the 4th century, Sümela is a monastic complex built into a sheer cliff above the Black Sea forest in eastern Turkey. It was long ago stripped of its official religious status and operates as a museum administered by the Culture Ministry in Turkey.

Thousands of tourists and Orthodox Christian worshippers journey to the monastery annually.

In 2010, Turkish authorities allowed the first Orthodox liturgy since ethnic Greeks were expelled in 1923 as part of a population exchange between Greece and Turkey. In 2015, the Sümela Monastery was shut for restoration and reopened to tourists in 2019.

"It is surprising that the permit was given to the band, as the Monastery of Panagia Soumela opens only for pilgrims," the Greek foreign ministry said. "These images are offensive and add to a series of actions by the Turkish authorities against World Heritage Sites," its statement said, without elaborating.

Greece and Turkey disagree on a range of issues from airspace to maritime zones in the eastern Mediterranean and ethnically split Cyprus.

The two countries have in the past crossed swords over the conversion of the nearly 1,500-year-old Hagia Sophia in Istanbul into a mosque. In July 2020 Islamic prayers were held at the ancient site for the first time in nine decades. 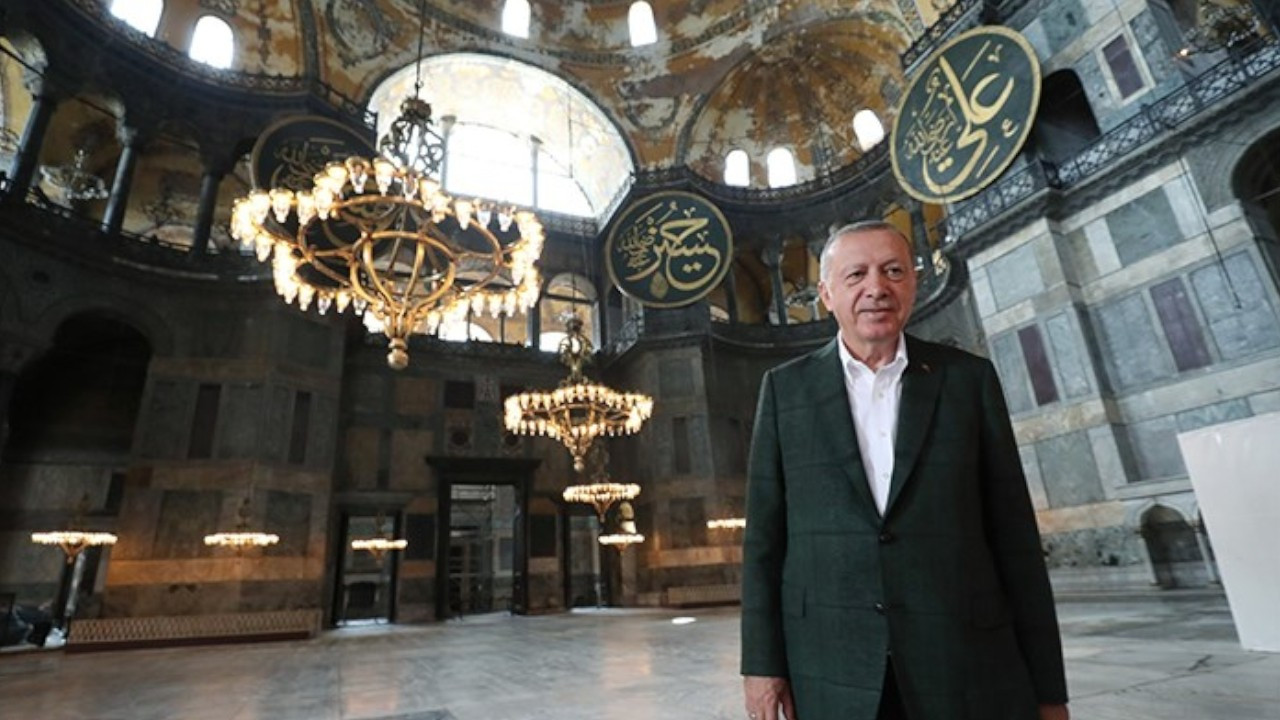