Greek Foreign Minister Nikos Dendias will delay a planned visit to Ankara by one day to April 15 because of a scheduling conflict with a meeting of NATO ministers, Athens said on April 13.

The visit comes amid tensions over territorial disputes between Ankara and Athens, underlined this week by conflicting comments about Turkey's 2019 maritime demarcation accord with Libya in the Eastern Mediterranean.

Dendias was originally due in Ankara on April 14 following a meeting with Fener Greek Orthodox Patriarch Bartholomew in Istanbul on the same day but changed his plans because of a video conference between NATO ministers, an official said.

"Dendias will meet the ecumenical patriarch tomorrow in Istanbul, he will return in Athens for the NATO meeting and will go to Ankara on Thursday to meet his counterpart," a Greek government official told Reuters. "It was the NATO meeting that changed the plans."

The Greek Foreign Ministry said Dendias would meet his Turkish counterpart Mevlüt Çavuşoğlu for talks on April 15 about bilateral relations, as well as regional and international issues.

The head of Libya's Presidential Council, Mohammed al-Menfi, is due in Athens on April 14 to meet Greek Prime Minister Kyriakos Mitsotakis. 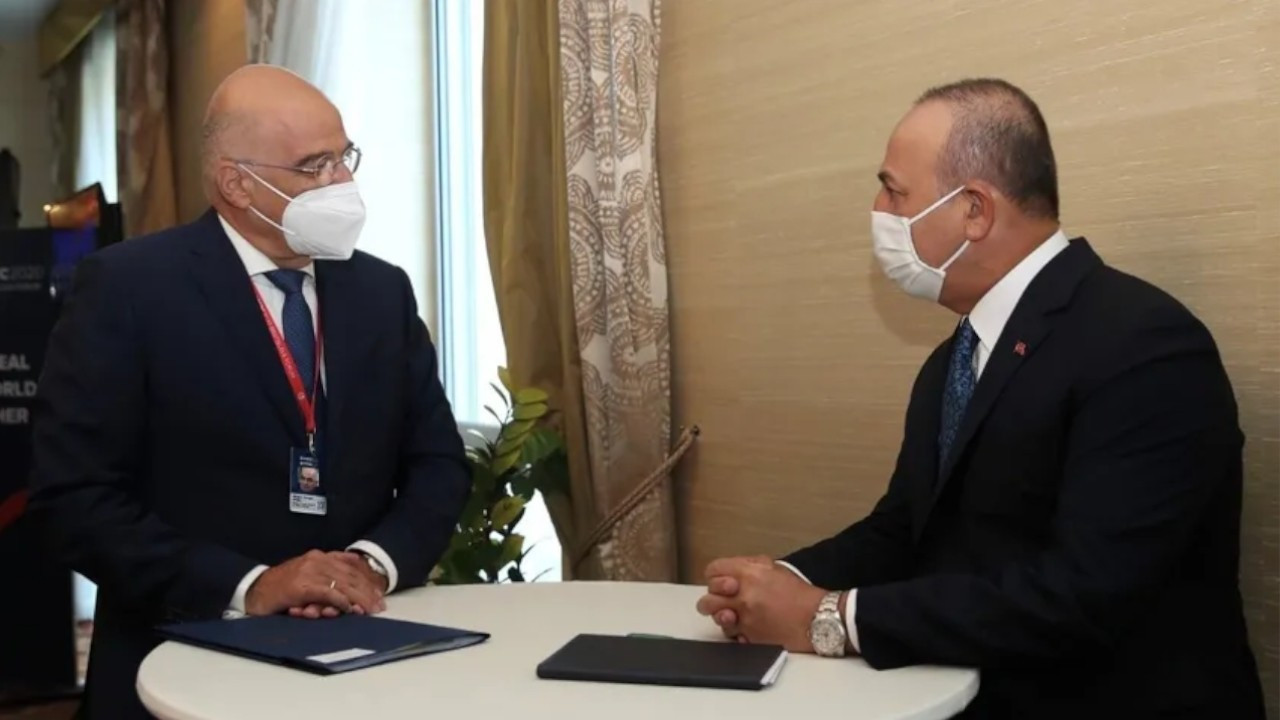